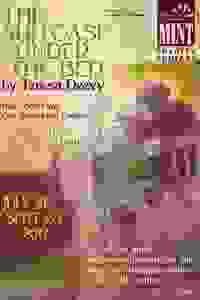 View in admin
The Suitcase Under the Bed
NYC: Midtown W
76
Score it Scored!

The Suitcase Under the Bed NYC Reviews and Tickets

Although Deevy is now recognized as a significant Irish playwright, her work was neglected for decades. Six of her plays were produced by the Abbey Theatre between 1930 and 1936, and then Deevy's theater career effectively ended. 'The Suitcase Under the Bed' is named for the place where all of her writing was stored for decades, prior to the launch of the Mint's 'Deevy Project.' Another name for this evening of playlets might be 'Three Proposals and a Break-up,' as these shorts cast an unsentimental eye on the idea of marriage.

See it if you like short plays with interesting characters in various unusual situations and relationships.

Don't see it if you prefer a well developed story with characters who you come to know slowly throughout the show.

See it if You like short plays. Two out of four are good (the first two). Well staged, interesting, thought provoking. The Mint always does well.

Don't see it if If you want one story. Read more

'Birth' is perhaps more benign to its protagonist than any of the evening’s other plays, and given Adair’s sensible yet magnetic Sara, it seems only fair...In ‘Holiday House,’ the open-ended conclusion is unsettling...Deaver, impressive in her previous roles of the evening, soars in ‘King of Spain’s Daughter’...Varga's costumes and Shaw’s gentle sound design reflect a rich understanding of the era, as does Bank’s assured direction. He clearly adores Deevy, and ultimately so will the audience."
Read more

"Director Jonathan Bank and his company shine in the collection’s dramatic installments...But the pace falters in 'Strange Birth,' a sweet but slight rom-com, and 'Holiday House,' a Noël Coward–esque comedy that droops where it should skip. In the Mint’s production, Deevy’s work feels old-fashioned in a way that is both comforting and a little sleepy. But she wrote with gently cutting wit and had a keen ear for dialogue."
Read more

"While Bank didn't strike gold for the Mint with this particular discovery, there are some definite moments of luster...The first two pieces are charming, sentimental, and just a bit boring in that way mediocre Irish plays tend to be...'Holiday House' sparkles with wit and intrigue...'King of Spain's Daughter' leaves us unsettled and impressed...One of the Mint's goals is to highlight overlooked female playwrights, and with this somewhat sleepy and mismatched evening, it partially succeeds."
Read more

“The evening starts strong, thanks to the spunky and endearing performance of Ellen Adair as Sara Meade, the central character of ‘Strange Birth’…As a collection, the plays of ‘The Suitcase Under the Bed’ reveals a community of stories that hide beneath the unremarkable façade of everyday life. The charming, well-acted evening makes one hope the Mint has even more from the Deevy collection to remove from storage.”
Read more

"A sterling quartet of one-acts...Deevy specializes in a kind of plainspoken poetry that packs plenty of feeling, mixed with barbed wit, into her characters' economical exchanges...Bank's staging is filled with little details that speak volumes...In a cast loaded with graceful performances, the biggest impression is arguably made by Deaver in a trio of roles...One is amazed that this fine playwright was allowed to slip into obscurity for so long."
Read more

"These seven actors play a total of 22 roles during the course of evening, each performance beautifully etched and well delineated...Deevy's writing consistently displays a wonderful facility for dialogue and an ability to get under the skin of her characters, along with the intermittent liability that some of her plot devices and situations strain credulity...Bank has helped the actors achieve jewel-like performances, and his blocking is skillfully economic."
Read more

“Exquisitely produced by the Mint Theater, Jonathan Bank's direction is leisurely and slow, which undercuts the theatricality of all but the last and the most satisfying one, ‘The King of Spain's Daughter,’ originally given four separate stage productions at the Abbey from 1935-1939 and two in London in 1939...Two of the plays end too abruptly calling out for a more substantial length, while one of the plays seems to go on too long.”
Read more

"Bank smartly chose four pieces that play off each other well, forming a cohesive evening...Deevy's cynical viewpoints feel very modern...Bank takes his time, allowing Deevy's insightful dialogue to sink in, but this is somewhat of a liability in 'Holiday House,' which could move at a faster pace to bring out the comedy more. Still, kudos to Bank for bringing Deevy's work to New York audiences. The playwright was also deaf, which makes preserving her voice even more important."
Read more

"Four short plays, each a miniature masterpiece of character, and each performed with insight by a skillful ensemble cast...Deevy’s dialog is taut and efficient, yet remains lyrical, covering the full emotional range of the human condition. Her plotting is often deceptively simple, but it’s Deevy’s insights into the Irish character that are the most telling...The ensemble cast of six actors earnestly cover the gamut, excelling in character differentiation, with mostly successful results."
Read more

"The production has been effectively organized...To help Mr. Bank achieve this fluidity, a big bravo to the seven fine actors who play 22 characters...'Strange Birth' makes for a lighthearted little romantic sketch...Though the tempest in this teapot won't come to a full boil, Deevy's 'Holiday House' script has the out-of-joint feelings simmering subtly with some very sharp and character-defining dialogue...A tastefully presented four-course menu."
Read more

"Though the plays span several different working classes, from wealthy vacationers to hardscrabble laborers, there are consistencies to be found...In 'Strange Birth,' Costigan, as Mrs. Stims, shines the brightest...'In the Cellar of My Friend' is the weakest of the batch...A dark and meaty tragedy, 'The King of Spain’s Daughter,' closes out the night...Redmond, a powerhouse throughout the night, brings a palpable sense of danger to this role."
Read more

“The slightest…is the first play, 'Strange Birth'...a pleasantly articulated sketch given several appealing performances…In 'In the Cellar of My Friend'…neither Bank's direction nor the actors' efforts can prevent the plot's development from seeming clumsy…'Holiday House' is a mild drawing-room comedy à la Noël Coward…Whatever…potential is present fails to ignite; almost as soon as we grasp the setup the play ends…'The King of Spain's Daughter' is perhaps the most serious of the plays.”
Read more

"Well directed by Jonathan Bank with a stellar cast...This was a night of nostalgia and days gone by...The first of the four, 'Strange Birth,' was also the best...I have long been a fan of Shively’s work and this just reinforced it...For her time Deevy is to be admired...It is lovely to go back and see what shaped our world in a time when life was much simpler."
Read more

"In selecting these pieces, Bank reports that he wanted to find continuity. It’s a wise approach, and one that seems to have led him to a profoundly universal theme: troubled love...If pressed to declare my favorite among them—not necessarily a crucial need—I’d say the first...With Davis supplying attractive sets and Varga finding the right costumes for the various across-the-strata characters, Deevy’s need to be recalled and honored is indisputably achieved."
Read more

"I did not find any of them fully satisfying...'Strange Birth' is little more than a brief character sketch…'In the Cellar of My Friend' was the most self-contained piece, but the characters were cliched and the situation unconvincing...'The King of Spain’s Daughter' is grittier than the others, but the relationships among the characters were confusing. The production is admirable. The cast of seven is strong...One of the main pleasures of the evening is to see them play multiple roles."
Read more

"Deevy was very perceptive in creating her characters and placing them in environments that dictate challenges...All directed by Jonathan Bank with precise understanding of Deevy’s work...It is intriguing to see how the playwright pays special attention to the problems of women in the various settings...The plays are just long enough to hold our attention without overstaying their welcome...Bank’s cast members come through in grand form."
Read more

"'Strange Birth,' the most successful of the four, is a delicate play about the vicissitudes of love...‘Holiday House’ is a genteel drawing-room attempt that telegraphs future events early on...The piece seems like Act I of an unfinished play...Two well-performed entr’acte poems are recited in front of the curtain...Redmond breathes vibrant life into every character he inhabits...The evening is disappointing. Deevy had a reason to store these under her bed."
Read more

“It’s hard to believe Bank couldn’t come up with a more compelling curtain-raiser than the barely there ‘Strange Birth’…Happily, there’s more substance, and greater enjoyment, to be had in ‘Holiday House,’ the evening’s only out-and-out comedy…Banks’s direction is, to put it mildly, leisurely, with dialogue pauses in all four playlets that you could drive a lorry through…Whatever qualities the Mint perceives in Deevy’s oeuvre, these one-acts are a highly variable lot.”
Read more

“Overall, the cast is excellent, and I imagine they must have a blast playing all their roles, particularly Deaver, who gets to play three distinctly different and fascinating women and does so beautifully. Also outstanding is Mace, who takes four relatively small parts and makes them distinct and textured and real…And Bank's direction pulled everything together expertly, giving us a wonderful sense of Deevy's great skill and compassion and a first-class evening in the theatre.”
Read more

"A delectable and delicate vaudeville...Six performers stretch their acting, singing and wig-wearing chops...But Mace’s work in this evening of repertory constitutes the spine of the evening...It’s resonant stagecraft without being domineering; it’s a study in evoking full characterizations with small moves and distinct dialect work...The wonder of the evening also comes from the fact that these gems do deserve to live in the light of day...Whatever you do, go see this production."
Read more

"Four lovely one-acts...An evening rich in human nature: love and longing and desperation and danger and disappointment, all embodied in these delicate vignettes, so charming, so full of surprises and of insight. Like a quick-sketch artist, Deevy creates character right before our eyes...We are helped in our imaginings by this pitch-perfect cast, who can shift from role to role and become nearly unrecognizable from play to play."
Read more

"Deevy offers brief snapshots into colorful lives, and the playwright fleshes out her characters and the complex crossroads they find themselves at clearly and succinctly within each play’s pleasurably quick running time...The pared-down production is aided by its aesthetics...The versatile cast, too, helps to infuse life into Deevy’s gentle works...Ultimately, however, it’s Deevy’s words that take center stage...These long-unseen plays deserve their chance to shine."
Read more