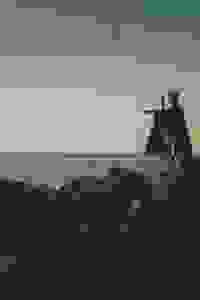 'The Tempest' is set on a remote island, where the sorcerer Prospero, the former Duke of Milan, plots to restore his daughter Miranda to her rightful place using illusion and skillful manipulation. He conjures up a storm to lure his usurping brother Antonio and the complicit King Alonso of Naples to the island. There, his machinations bring about redemption, marriage, and truth. Smith Street Stage's seventh annual Shakespeare in Carroll Park production is free to the public.

See it if you like your Shakespeare free, well spoken, & without pretense. Pull up a picnic table & feast while you enjoy. A summer evening well spent

Don't see it if you are distracted by garbage trucks, ambulances & other city noise that is constantly intrusive

75
Fun, Outdoors, Energetic, Cool use of the space

See it if You want a fun, entertaining evening outdoors in a quirky space that the cast makes inventive use of. Take a picnic and or your kids.

Don't see it if A non-traditional space with no raised stage and uncomfortably rickety metal seats would spoil your evening.

See it if You want to see a great production done that's not the most common Shakespeare to be performed.

Don't see it if You don't like Shakespeare or Brooklyn is far for you.

Don't see it if You hate distractions during a performance, you hate classic language, you do t like children.

See it if like straight-forward, compelling productions of Shakespeare, enjoy outdoor theatre, are on a budget (it's free!).

Don't see it if you're distracted by playground/street noises, are looking for something somber, can't imagine Shakespeare with gender-fluid casting.

See it if A great night out.