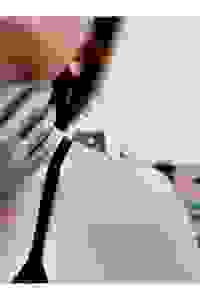 In this world premiere drama an unemployed young woman begins finding mannequin body parts around her apartment. Part of the 2018 Dream Up Festival. More…

When talented 20-something Danica moves to New York City to pursue a career as a musician, she assumes things will get off without a hitch. However, she soon begins finding mannequin body parts inexplicably hidden around her new apartment. Unsure if these sinister gifts are the work of a stalker or her own slowly slipping mind, she keeps the secret to herself and does her best to slog onward. As her dread mounts and Danica slowly begins to unravel, her friends become increasingly concerned until things come to a head-- literally.

See it if If you want to see new artists and new works. As story that is not good.

Don't see it if A show where actors nervously put forth their lines. Lighting and miscues all night.

See it if you are looking for a contemporary take on how a young woman with artistic talent can spiral into self-destruction.

Don't see it if you are looking for sympathetic characters.

Also Give “Torso” points for refusing to fill the stage with cuddly characters. A young woman with supposed great musical talent moves to the big city to crash with her best friend from high school & that friend’s lesbian partner, starts a kind-of romance with that partner’s younger brother, brings home a series of guys from bars for comfort sex, whines, connives, lies and drinks more & more. The first few scenes felt like TV; the script gets more interesting as the central character self-destructs. Most of the laughs (& our sympathies) go to the guys, the weird but lovable would-be boyfriend & the tricks (played very well by the same actor). A lovely speech by the best friend toward the end is shot through with the glow of the enormous talent the central character displayed in high school. But this character has disappeared from the play, & the audience has never had a glimmer of that onetime brilliance. It’s the play’s big flaw: The character we see is too close to burnout from the start.... Read more Read less

See it if you are interested in the breakdown of a human mind. The main character is either going mad or being gaslighted by one of her friends.

See it if ...just don't. Hard to sit thru 90min's of young actors nervously feeling their way thru a script & rehearsed staging, missing obvious cues.

Don't see it if you need a break from Theater for the New City, especially The Cabaret hole-in-the-wall. They couldn't even spend some money on a playbill.

Also Seriously? No program/playbill of any kind?

Afterwards, I hit the ticket booth to see if any program was produced: NOPE. Official website only lists 4 performers; there were FIVE.

Felt like a high-school production of a freshman writing class. The premise sounded cool on paper (even the show promo-pic/postcard draws you in), but the play was delivered w/the drive & expertise of Theater 101.

Tons of lines were stammered over. There was little-to-no listening going on between actors, & unfortunately their miscues were laughable. As the body-parts continue to appear, it felt like the lead actress couldn't remember where they'd actually been planted for her to find. She kept circling around the same areas various times until she'd finally hit jackpot.

A floor-lamp doesn't work properly when each character that has to touch it attempts to turn it on & off. The lighting crew tries to spot light it from the booth, but even THAT drew chuckles.

Don't see it if This is a very poorly written play that is sporadic and gives the actors nothing to work with. Done many times much better then this

Also And as another reviewer mentioned. You can't even zerox a program?

See it if You want to be involved with the lives of old friends, the lives the lead and the now problems that exist

Don't see it if If you have no sense of feelings towards other people’s feelings and body parts that show up...

“The Torso” hasn't been reviewed by any Critics (yet!) 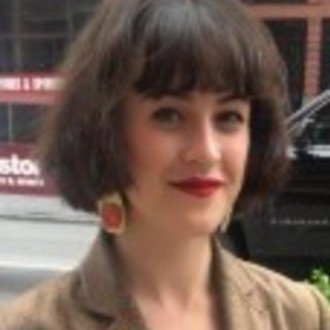