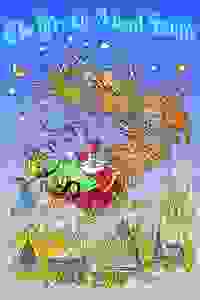 View in admin
The Truth About Santa
NYC: Midtown W
74
Score it Scored!

The Truth About Santa NYC Reviews and Tickets

Theater of the Apes and The Tank presents Greg Kotis's ("Urinetown") wild, darkly comic riff on the Santa Claus myth.

Many people think they know the truth about Santa, but they are wrong. Ho ho ho, children! Santa has some shocking unadvertised powers, a couple of half-mortal offspring his wife hasn't found out about yet, and a lot on his mind. He's tired of those damn singing elves. He's tired of the lies. This is the Christmas Santa will reveal his true self. Prepare for the Ragnarök, urm, Santa Claus's Return to Off-Off-Broadway.

See it if A Santa with twist of naughty and nice. Fill with a fun.

Don't see it if It's a little quirky. If you need a normal Santa. Read more

See it if you want to see a show true to its name. The show is a play with music rather than a musical and strives to give a real history of "Santa"

Don't see it if you have a child who you want to believe in Santa. Read more

See it if Hysterical twisted Christmas tale--where everything goes awry--and things are just not what they should be. Acting and writing very good.

Don't see it if Despite the Christmas theme this one is for misogynists. It's worth seeing for the set alone. A wall of presents--whoa!

See it if You know your mythodology. You will get most of the jokes. The elves have great voices and are fun. The father was quite funny.

Don't see it if If you are expecting a raunchy, funny play about Santa. Read more

"This nonsensical, broad comedy is penned by the clever Greg Kotis. Songs and arrangements by Steven Gross are whimsical and entertaining, and costume designer Whitney Locher presents her vaudevillian best in this frothy piece. Led expertly by director Ilana Becker, the cast bludgeons, connives and wiggles their way through this slice of holiday slapstick; young and old, the actors' comic timing is well-honed and the fun they have performing this piece is entirely infectious."
Read more