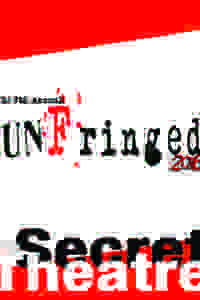 'Ice Cream Man, Blue Balls, and The Funny Thing' - August 11-16: An exploration of masculine anger through the lenses of race, disability, and sexuality.

'The Country Husband' - August 11-14: A married businessman is head-over-heels in love; unfortunately, though, not with his wife.

'UNTURNING' - August 11-19: A musical adaptation of Thomas Hardy’s classic novel 'The Return of the Native.'

'The King is Dead' - August 12-18: The absurdist play about Tinder that you didn't know you were waiting for. Or maybe you did.

'DARK PLAY' - August 12-15: A collision of the virtual world and the real, where love and lies grow thick.

'Almost Awful' - August 13-21: A doctor with a secret collects a group of people with abhorrent urges to participate in a group therapy session.

'Dan Marmor is God' - August 15-21: Dan thinks he's the Lord and his friends don't understand why.

'As He Likes It' - August 16-20: An LGBT re-imagining of one of Shakespeare's classic plays.

See it if You like Cheever stories. This decent adaptation of "The Country Husband" reminded me of how much I liked reading Cheever.

Don't see it if You object to quintessential Cheever characters of the 50's portrayed by modern actors with the wrong props and costumes. Missed the point.