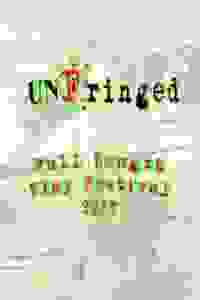 'A Kreutzer Sonata' by Larry Rinkel - August 9-29: A talented Jewish music student faces the challenges of dealing with a crass but lovable gentile roommate.

'PANIC! ' by Jason Jung - August 10-30: A historical drama which centers on the events surrounding the Earl of Essex Rebellion in February, 1601.

'Afterlife' by Coni Koepfinger - August 12-September 1: In a society in which men and women are taught to despise each other, love can be suppressed for only so long.

'More' by Sarah Elizabeth Grace - August 18-September 2: A three-character play about addiction, centering around Laura, a recovering alcoholic and working actress living with her college sweetheart.

See it if I saw two shows, "A Kreutzer Sonata" (play) and "New Dawn" (musical). Kreutzer was good and New Dawn was great.

Don't see it if You are not interested in young performers with fresh ideas in a small theater in Queens. Read more

See it if i saw 'Panic'. It was an excellent history play. Great writing and storytelling; very enjoyable to see history played out.

See it if I went to New Dawn last night (8/11) and it was incredible, one of the best new musicals I've ever seen.

Don't see it if Not for young kids

See it if Saw NEW DAWN last night, it was incredible. The cast were outstanding and the music is SO good!

See it if Saw New Dawn last week and I was blown away. The entire cast were brilliant and the writing was both relevant and important for today.

See it if If you like Shakespeare and that era. It gives you some insight into his life and who he is and a period in time.

Don't see it if You dont like good theatre