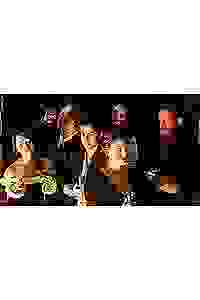 The Wake of Dorcas Kelly NYC Reviews and Tickets

This new dark comedy invites the audience to 1762 Dublin for the wake of former madame and accused serial killer Dorcas Kelly.

Sara Fellini’s dark new comedy THE WAKE OF DORCAS KELLY brings the audience front and center as a grotesquely intimate circle of mourners gather within The Maiden Tower brothel to hold a wake for Dorcas Kelly, the beloved former madame executed for her crimes against humanity, while a riot rages without on the streets of Dublin, 1762. But as the night roars on and Dorcas’ many well-kept secrets are revealed, thoughts of adoration for their departed benefactress turn to questions about their own love, lust, fear, and anger.