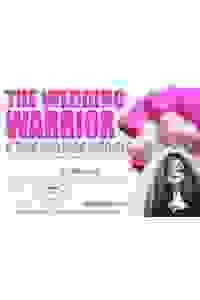 Part of FringeNYC: The Miami Herald says The Wedding Warrior is "Funny, Touching, Sweet. Beautifully written and acted. A perfect Fringe show!" Don't miss this one woman romantic comedy about a frazzled Florida Keys wedding planner. You’ll say "I do" too!


FROM THE ARTIST:
The Wedding Warrior is a One Woman comedy loosely based on Playwright/Performer, Casey Dressler's time working as a wedding coordinator in her hometown of, Islamorada in The Florida Keys.

Better off wed? That is just one of the questions Casey poses as she passes the torch to an incoming wedding coordinator in this charming, comedic peek into the chaos that ensues before the vows are taken.

See it if If you're interested in a crisply written, architecturally clever piece performed by an astoundingly gifted artist.

Don't see it if If you need to understand every single word. The dialogue sometimes comes fast and furiously, and you're on your own.

See it if Love funny and talented delivery of excellent material

See it if You want to laugh and enjoy wonderful theatre Great writing acting directing. A beautiful delicious "bon-bon" to put a smile on our hearts!!

Don't see it if Everyone will like this show unless they are too jaded!!

See it if Our favorite Fringe show so far this year! So entertaining! Though it's a solo show, the actress embodies a wide cast of amusing characters.

Don't see it if We loved everything about this show and so did our 26-year-old daughter! No negatives at all. Avoid it only if you are allergic to humor.

See it if you want to watch a performer nail a wide variety of characters and accents with a warm, romantic and uplifting storyline. A very fun night!

Don't see it if you only want to see shows with intense social issues or prefer darker work.

See it if You've paid for or been part of a wedding, enjoy the hilarity of organized marriage ceremonies

Don't see it if You're asocial, have never been to a wedding, know no one who has gotten married

See it if You like funny You appreciate great acting (and accents) You're OK with getting a little misty at the end of a comedy.

Don't see it if If you don't enjoy laughing. This woman was a delight.

See it if The Wedding Warrior is a true master piece that will make you laugh until your belly hurts, cry, and feel empowered all in one show.

“While the plot of ‘The Wedding Warrior’ might seem to be the stuff of rom-com fluff, it has an authenticity owing to Dressler’s real-life experience. Her sadness seems relatable rather than forced or self-indulgent. She also shows a great knack for comedy as she shifts into kooky characters and parodies women setting up for a fight when it’s time to throw the wedding bouquet. All in all, ‘The Wedding Warrior’ is a sweetly endearing comedy.”
Read more

"'The Wedding Warrior' is one of those uplifting and beautiful plays that brings a smile to your face...Effortlessly bouncing from character to character, Dressler gifts the audience a performance to remember...The momentum was consistently moving as each beat was hit. The array of emotions St. Leon helped Dressler find allowed the play to resonate with anyone watching...'The Wedding Warrior' is a triumphant production that is not to be missed."
Read more