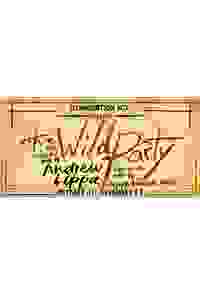 Illumination Act presents this immersive staging of Andrew Lippa’s racy and decadent 1920s-set musical drama, where the audience is interspersed amongst the action.

Based on Joseph Moncure March's 1928 poem of the same name, 'The Wild Party' features characters Queenie and Burrs, a romantic duo as volatile as they are passionate. Queenie hosts a party at her apartment to reignite the fire in their relationship. The guest list includes a pugilist, a prostitute, a slick producer, twins equal parts flamboyant and incestuous, among others. This raucous group makes liberal use of bootlegged alcohol, cocaine, and sultry dancing as tensions overheat and the party descends into bacchanalia. Included with ticket purchases are free drink tokens which may be redeemed at the venue for cocktails and refreshments. This musical is intended for mature audiences.

See it if You want the drink included in admission. A few high energy dance numbers

Don't see it if Poor blocking and sightlines, blinding spotlights, amateurish, just under 3 hours and WAY too long. Hard to follow plot

See it if You want to sip cocktails and watch a jazz era party spiral out of control in rhyming dialogue and song.

Don't see it if you don't know the source material, or will be irritated by not being able to hear or see every scene, depending on your seat & the mic'ing.

See it if Immersive to the max, choreography to the nth degree, deliciously dangerous and voices that reach into your bones (& strong drinks)

See it if You're a fan of the Lippa version and want to see it staged live albeit not by the best singers.

Don't see it if You can't sit in uncomfortable chairs for almost 3 hours or you find outer parts of Brooklyn daunting. Read more

73
Still working out the kinks

See it if Your good with trekking out to Brooklyn... good vocal talent and live band.. still working through sound levels and mic feedback issues

Don't see it if The story is not particularly engaging & songs were all pretty similar--most did not advance the plot. Waaaaaay too long at 2.5 hr run time

See it if You enjoy immersive theatre and interacting with actors in character.

Don't see it if You prefer to be disconnected to a show or won’t interact with actors. Read more

Don't see it if You need a happy, silly, upbeat musical Read more

See it if you want more than your money's worth for an off-off bway musical complete w/costumes, live band, big cast, free drink-the whole enchilada!

Don't see it if you can't go to Brooklyn- but it is worth the trip, the time and the cost, unless if you don't like period musical esp. in open stage style. Read more