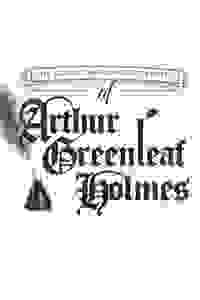 The Tank presents an intimate evening with the world’s preeminent poet of the perverse.

Arthur Greenleaf Holmes' wildly inappropriate poetry has shocked and titillated people of every shape, sexual orientation, and dietary preference. Now, in a rare decision, Arthur is opening his work parlor (which just happens to be housed in an old meat-stick dispensary) to the general public, in a similar vein to the great salons of Paris.

Arthur moves in and around the audience, reciting his verse and guiding audiences through tales of mischief and malfeasance.

See it if Boudreau's irreverent homage to the bawdy. raunchy humor of Shakespearean "taphouses" The author/actor's raconteur quality is its highlight

Don't see it if Easily offended

See it if You want to laugh at wildly inventive poetry and relish in the joy, hilarity and power of the spoken word through history.

Don't see it if You don’t like period piece comedy - with period being an operative word. Clever, funny, inventive - but no songs still fun and joyful.

See it if Arthur Greenleaf Holmes allows us to condense the hilarious from the subtle vapor of nuance and well chosen words.

Don't see it if You are offended by your own mind, because the dirtiest part of the show is what he leads you to think and feel, not what he says.

See it if You enjoy your smut served with a slice of elegance. Also, if you really need a good belly laugh.

Don't see it if You think this is going to be on the level of Andrew Dice Clay. It's much much better than that!!! Read more

See it if You like to be entertained and laugh really hard. It was so clever and funny, I nearly peed my pants.

Don't see it if Just Do It!

See it if You are looking for master-level performance off the beaten track. This is top quality.

Don't see it if You are offended by raunchiness. This show is RAUNCHY.

See it if You love language, poetry and comedy—you’ll laugh yourself silly!

Don't see it if You have no taste for R-rated language. Read more

"Performing at the scandalous hour of 9:30pm on Wednesday and Thursdays, 'The Wildly Inappropriate Poetry of Arthur Greenleaf Holmes' is certainly funnier than anything on late-night television these days."
Read more

"Holmes’s night of nasty poetry should have broad appeal for a few reasons. It’s that perfect mix of the high and the low. It’s very, very funny. And maybe most important of all, it’s about the human experience of having a body."
Read more