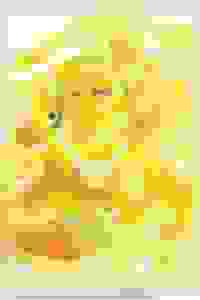 This new multimedia staging of Charlotte Perkins Gilman’s story provides an intimate look at a deteriorating mental state and a radical examination of destructive relationships between men and women. More…

Confined to rest and separated from her new-born child, a woman struggles to come to terms with a mental health diagnosis. As she vacillates between self-assurance and doubt, the yellow wallpaper that decorates her room becomes an unusual source of comfort. A multimedia staging of Charlotte Perkins Gilman’s searing indictment of the 19th century medical community provides an intimate look at a deteriorating mental state and a radical examination of destructive relationships between men and women.

See it if u want to see a lofty, earnest attempt to adapt Gilman's classic feminist short story of an oppressed & depressed 19th C woman to the stage.

Don't see it if u hope for an adaptation that gets to the heart of CPG's character, finds her voice & fully reveals the desperation of the 19th C Everywoman

Also Unfortunately, the projections were not working at the performance I saw, so I cannot say how much more effective it may have been with images (presumably) of the yellow wallpaper. But the actors, particularly Sam Morales, worked admirably to conjure the images of the titular wall covering and provide a sense of isolation, confinement & delusion. More symbolic than realistic, the use of mimicry and a disembodied inner voice just never quite worked for me.... Read more Read less

See it if Effort is there. Great idea to use the memoir. Nice look at mental health issues then and now.

Stephi L
New York City
25-34 | Female
376 reviews
Get Alerts Alerts On Alerts Off
55
Exploratory use of multimedia, Should be a solo, Inert, Misses the mark, Ambitious
October 10th, 2019

See it if into multimedia effects or literature adapted for stage. Probably less objectionable if you have no preconceptions. Brief!

Don't see it if you dislike too much prerecorded material. Good actors underchallenged. Doesn’t capture spirit/perspective of Gilman's writing.

Also Earnest but takes the text for granted. This adaptation subordinates the writing to the stage business. The depth/detail of the speaker’s subjectivity is key to Gilman’s TYP. But the show deemphasizes the development of the speaker’s private observations & plays up the aimless motions of confinement (languishing, mimed scratching at the wall, screaming in a pillow). Relegating her internal monologue to a canned recording played offstage moves this further from a dynamic 1st person and closer to an uneventful 3rd person perspective. The show reflects John’s reality/vantage point, not hers. Video lingering over her body parts risks eroticizing what it shouldn’t.

TYP’s known for naming the default paternalism that deemed women categorically unqualified to manage their own health, but also because Gilman’s descriptions are so precise they’re widely recognizable today as postpartum depression. Show’s weakened by relying on Gothic stylings of madness & A/V that depersonalizes the speaker.

See it if You enjoy the short story or period pieces in general, you want to see some beautiful design elements, the piece has a grace you rarely see

See it if a quiet, minimalist piece based on a short story about mental health. actors do well with the material they have in the setting

Don't see it if we didn’t get the video so not sure what that adds to it & if i can score properly. would have liked to see the yellow wallpaper honestly

“The Yellow Wallpaper” hasn't been reviewed by any Critics (yet!)

iRT Theater
Producer
Get Alerts Alerts On Alerts Off 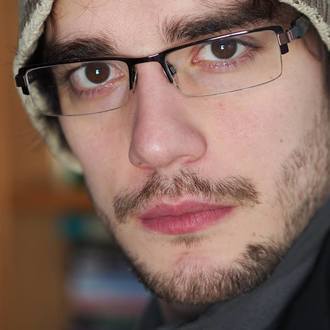 Andrew Watkins
Writer / Director
Get Alerts Alerts On Alerts Off