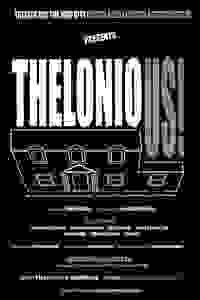 A syncopated comedy about the American Dream told through the nightmare of a failing marriage.

At first glance Carl and Sandy seem to be on track to having it all. Not quite thirty, they have high paying jobs, a healthy infant daughter and a lovely two bedroom co-op in Brooklyn. But then something happens that throws a wrench into this seemingly perfect universe- someone named Thelonious enters their lives. The problem with Thelonious is that nobody can actually see him except Carl, who is harassed by this bizarre presence, especially when his wife is around.

See it if You want to support someone involved with the production or the theatre.

Don't see it if You value your time. I’m sorry but in my opinion there is nothing here worthwhile. Read more

See it if You want to see a show that I will describe as cute and adorable.

Don't see it if You are going to have trouble letting your guard down. Read more

"But, generally speaking, this comedy is rambling, unwieldy and not especially funny. (Few audience laughs were audible during the performance under review.) In the last stretches of the play, a meta element is introduced, with the characters talking about having entered 'the epilogue' stage of the story. Once we've stumbled into this self-referential territory, it becomes even harder to engage in any real way with the play."
Read more