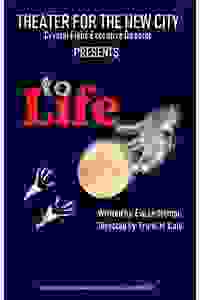 The Rosen family, battered and blessed, celebrates life as their hearts lie gasping on the floor. More…

Backs are turned and accusations hurled as the Rosens come together and fall apart, bound by heartbreak and humor. Nobody escapes a good kick in the tuchas as the family exposes their foibles, confronts their fears, and clings to their fragile connection amidst the chaos. The story is both elegy and eulogy to the death of a family and reminds us that we’re not alone.

See it if The Rosens are in tumult when gathered for life support:Two members ailing, daughters resenting, and father sexually and physically abusing.

Don't see it if How did they all even make it to Act II? Better writing and acting would support the weight of all these dysfunctions packed together.(2hrs)

Also "L'chaim(to life)! I thought all of this would bring us closer/Closer to incinerating"... Read more Read less

See it if Great cast (Mom has been on Broadway before). Poignant tale of son stricken w/cancer in hospital bed. Family dynamics. Remember good times.

See it if Strong acting during this family drama. 1st act is much better than 2nd act.

Don't see it if The topic of illness and death make you feel uncomfortable.

See it if you like family dramas, you can deal with addiction, abuse, coverups, secrets, and general nastiness

Don't see it if you are upset by miserable unsupportive people

Also I certainly wasn't bored but I think the play ran on too long. The final scenes didn't really add much or provide resolution. I would hate to spend time with those miserable characters although I did feel sorry for them. The only likeable one was the dying brother.... Read more Read less

See it if You want a family crisid being played oit in a hospital room .Starts promising before sizzling out...good talent in the cast.

Don't see it if You get bored of having children blame thier parents for the ills in their lives...

See it if You want to see a heavy drama concerning a dysfunctional Jewish family centering around themes of incest and illness.

Don't see it if You want something lighter and with a happy ending.

Also Very heavy themes, probably too many for one play. I would say this has a very narrow audience but acting was spot on. The actress who played the mother was amazing.... Read more Read less

See it if 5 members of a Jewish family show their vulnerabilities while visiting a sick son/bro@a hosp ward. All cast is talented esp J.Merino/father.

Don't see it if The story is very intense. If you are familiar with the play 'Dust', you will appreciate 'To Life' BUT preferably do not see them close

Also to each other.Both are worth seeing ,yet,
they are also extremely moving and heavy.
... Read more Read less

See it if you want to see a (mostly) naturalistic play about family dysfunction.

Don't see it if you'd find a play that has cancer, child abuse, sexism, and misogyny overwhelming or overwrought.

Also The family's problems are exposed early on, so this isn't a play that climaxes when secrets are exposed. Rather, it's a drama where you want to find out what the characters will do as the confrontations intensify. In the end Mom is the character who makes the most difficult decision, yet she hardly seems to be as central as her critical moment suggests; it seemed to me she should have been made central to the action rather than peripheral. The brother, whose disease has brought everybody together, sucks up way too much dramatic air, considering how normal he is. Several times Jewish liturgy is introduced with heavy-handed symbolism & portentousness. Much of the humor falls flat. Nonetheless, the playwright makes an honorable effort to deal with serious & all-too-common problems.... Read more Read less

See it if You enjoy theater that makes you think and question.

Don't see it if If you are uneasy with plays dealing with inappropriate behavior between family members.

Don't see it if If you want to feel happy or hopeful. It focuses on terminal illness and sexual abuse/incest. It is heavy and sad

Also I saw God Said This less than a year ago which has many similar themes. I believe that that was one of the best plays I had ever seen, and I see a lot of theater.
So why is this such a disappointment although the acting ranges from good to excellent? I believe that most good theater shows some growth in the characters that need to grow, so there is uplift even in tragedies. In this play one character was in total denial and the other one, in spite of urging from her sister, wanted to or believed that she had no choice but to remain stuck.
When I was in high school I learned that the difference between tragedy and melodrama was that in melodrama the characters do not cause their own problems but in tragedy they do. However, in spite of one character's acceptance of his death there was no redemption or even a hint that it might be possible for the characters that needed it most.
In this play there is a lot of tragedy but no tragic heroes. It is little more than melodrama.

See it if You like family drama. The acting is fantastic! Very strong writing.

Don't see it if You are in the mood for a comedy. This play is not for the faint of heart!

See it if you like family dramas about illness and death with dysfunctional characters or good acting is enough.

Don't see it if you like light entertainment with some humor.

See it if You enjoy family dramas with intense plot lines.

Don't see it if If you want to see an upbeat, non heavy show, or musical.

See it if ...you enjoy drama/dark comedy about family, illness, death.

Don't see it if ...you want something upbeat, cheerful, or a neat happy ending.

See it if You like well written, well-acted powerful work that gives a real emotional pull towards the characters

See it if Enjoy relevant stories which deal with real life. With passion, humor, real life challenges which need to be brought to light

Don't see it if Looking only for comedy or a musical

See it if You enjoy naturalistic acting, dark dramedies, or want to see a new and thought-provoking take on the dysfunctional family.

Don't see it if You are in the mood for a raunchy, belly laugh comedy. there are comedic moments in the play, but it is not a comedy.

Also The story follows a Jewish family that comes together at the bedside of a dying brother/son. Everything the family must deal with is revealed early on, so you’re watching everything unfold. Cast is great, especially father. It’s both tragic and heartwarming and highly relatable.... Read more Read less

1 reviews
Get Alerts Alerts On Alerts Off
90
Profound
October 4th, 2019

See it if Great cast! the characters truly bring the play TO LIFE! We get to feel, share their emotions

Don't see it if Yes, there is some humor, but if you are looking for a comedy that may not be it.

See it if You want to witness a nuanced depiction of the effects of abuse within a family, the role of enablers, and the permanent damage it inflicts.

Don't see it if You are interested in a fun-filled farce for the whole family!

“To Life” hasn't been reviewed by any Critics (yet!) 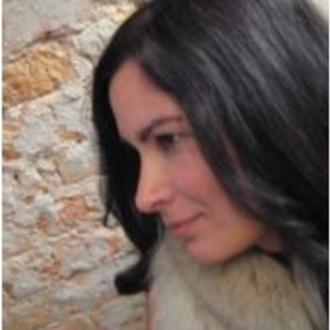 Eve Lederman
Playwright
Get Alerts Alerts On Alerts Off 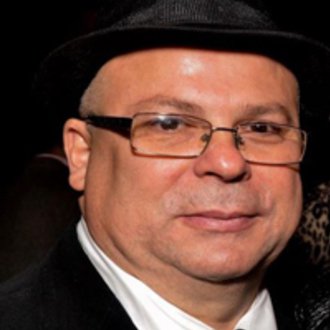 Frank M. Calo
Director
Get Alerts Alerts On Alerts Off