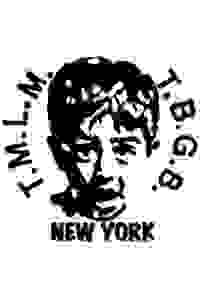 With its ever-changing “menu” of plays, 'Too Much Light…' is an attempt to perform 30 plays in 60 minutes. The audience is fully part of the act, deciding the order that these plays are performed. Each week, these plays shift as ensemble members add new plays to the existing body of work. Each night of performance, they create an unreproducible living newspaper of the comic and tragic, the political and personal, the visceral and experimental. Each short play is written by a performer, honed by the ensemble, and randomly montaged with twenty-nine other plays through high energy audience participation.

Don't see it if You are easily offended or dislike staying up late.

Don't see it if You hate sketch comedy

"Some of the two-minutes plays are parodies, some are serious and some are just plain weird...If there is one thing that Too Much Light Makes the Baby Go Blind proves, it's that experimental theater doesn't have to be alienating; it can be exciting, engaging and a ton of fun to watch. Stop by the theater any time and you'll be in for a new experience--the New York Neo-Futurists show no signs of slowing down anytime soon."
Read more

"TMLMTBGB is the news feed of plays, a semi-random assortment of pithy content where you never have to sit long with the duds. But even more surprising than the dearth of bad apples is just how tasty the good ones are. The ensemble members have a deep understanding of both the form's limits as well as its possibilities, reaching heights of comedy and pathos in mere seconds."
Read more

"The line between gimmick and truth blurs quickly in this show, especially with performers so eager to provoke. The energy leaps swiftly and often between camp and art...I recommend that anyone interested in feeling simultaneously empowered and befuddled go see it."
Read more

"There are no fourth walls in this show; no costumes and no illusions. Adding to the authenticity, the plays are all written by the Neo-Futurists and include personal and touching moments with each of the performers...While there are hits and misses amongst the 30 or less sketches, there is quite literally something for everyone. And in today’s climate of waning attention spans, the Neo-Futurists’ 30 plays in 60 minutes is the perfect antidote."
Read more

"Funny, weird and experimental...This is thoughtful and dynamic stuff, and while you do find yourself laughing quite often, it’s generally not at anything that could be described as a joke. You probably won’t like every play in this show, but that’s the magic of it: if you enjoy 25 out of 30 plays, that’s still a pretty good ratio. If the widespread laughter and attentive behavior from the audience was anything to go by, then there were far more hits than misses."
Read more

"If you have a taste for the tawdry, the kinky, the sweet and the sublime…this show’s for you...The playlets are experimental in nature, and do not always hit their mark. When they do, you find yourself deep in quiet thought…for about a tenth of a second. Then the next one grabs hold of your mind, heart, or…other part...One of the best, and certainly one of the most unconventional, hours in the theatre you’ll spend this season."
Read more

"What ensues is a madcap melee of songs, monologues, playlets, and surreal scenes with a healthy dollop of blue paint and a cupcake of joy. And custard pie. On this day anyway...The cast’s energy and commitment are impressive and engaging, and the room visibly warms with each new vignette, culminating in this case in an ensemble piece that bonded the room."
Read more