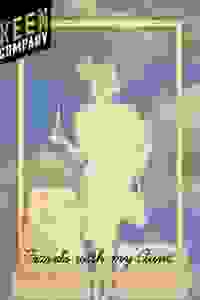 View in admin
Travels with My Aunt
NYC: Midtown W
72
Score it Scored!

Travels with My Aunt NYC Reviews and Tickets

Keen Theatre Company presents an adaptation of Graham Greene's comic novel about a mild-mannered retired banker and his eccentric aunt, in which four actors play over 25 characters.

Henry Pulling leads a quiet life and never strays too far from his home in Southwood, England. But when his outrageous Aunt Augusta suddenly appears in his life with mysterious information about his past, Henry is drawn into a series of exotic international adventures. Henry, Aunt Augusta and over 25 of the characters they meet along the way are inventively portrayed by just four actors who switch identities, nationalities, ages and genders in this theatrical escapade.

See it if you love Greene's novel. A faithful adaptation done w energy & theatricality. The plot, tho, has off-putting elements. Well-acted, staged.

Don't see it if you want a fully satisfying evening. I don't buy GG's thesis that to really live one must be unethical and wild. Not funny enough. Read more

See it if you like watching a bunch of white guys on stage playing the same characters with minimal staging.

Don't see it if you like diversity in casting and are confused by multiple characters playing the same characters sometimes (but not all the time).

See it if you're interested in seeing a mystery/adventure story with all of the life and suspense sucked out of it.

Don't see it if you will be annoyed that a wide swath of characters of various sexes and races are all only played by 4 white men.

See it if you are an avid Graham Greene fan.

Don't see it if you are looking for substance.

Don't see it if you require more than cleverness. The story is intelligently told, with some suspense, but the beauty of this show is in how it is told.

See it if you want to see great acting and an intelligent, surprising plot

See it if as good as travels with charlie

Don't see it if u don't have an aunt or uncle

See it if You love the thought of a tall adventure

"Charming revival...'Travels With My Aunt' registers as low­-calorie froth...Its over-the-top plot, and equally exaggerated leading lady, are always framed by a certain middle-class circumspection. Much of its appeal lies in the contrast between the ostensibly stodgy actors and the outlandish tales they purvey...While the cast of four takes on a multitude of roles, it blends virtuosity with modesty."
Read more

"A high-energy joyride for audience and actors alike is now viewable in an optimal, intimate setting, ably navigated by Keen Company’s artistic director Jonathan Silverstein...So warped is the play’s moral compass, it may leave yours disturbingly askew."
Read more

"This production is an inventive piece of theater that is elevated by the delightful performances of its four actors, who play no fewer than two dozen roles...In addition to the production's funny performances, Silverstein creates the feel of travel onstage by keeping the actors and the scenery in motion...'Travels With My Aunt' is a trip worth taking."
Read more

"Jonathan Silverstein’s revival of 'Travels with My Aunt' is both challenging and understated so that its pleasures are low-key and refined. With Graham Greene’s witty, extravagant and fanciful plot and the creative acting of its four performers, 'Travels with My Aunt' is an exquisite jewel that is not for everyone. However, the evening does have a good deal to teach us about living life to the fullest and not settling for easy compromises that we may come to regret."
Read more

"The story moves with surprising fluidity. The characters interrupt each other, change topics. switch or chop sentences and Silverstein encourages as much humor as the play allows. Certainly it is a dated picaresque adventure, not digging deeply into anything but telling a nutty flamboyant story."
Read more

"The terrific versatility of the actors makes it great fun to keep all the multi-played personas sorted out...The first act is not that difficult to follow. The second act, on the other hand, was more convoluted as the casting conceit got deep into Greene's favorite genreses and themes. This did give Silverstein and company a chance to give the quartet a whole new look and end things as a colorful very Greenian entertainment.
Read more

"Mr. Havergill’s adaptation demonstrates that it’s possible to turn a multi-locale, multi-character novel into a play, using only four identically dressed actors and barely any props. It’s a trick, and, like all good tricks, needs distractions to make it work. Such distractions would have been a first-rate cast and production, and a consistently engrossing story. Their absence leaves the trick’s illusion exposed."
Read more

"Jonathan Silverstein’s direction, brings some delightful performances, but it is truly like having a book acted out for you. If you like this kind of theater you will love this, if not you will be extremely bored as it is two hours long. Just to think we have gone from book, to movie, to kindle to theater."
Read more