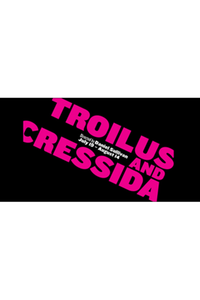 Tony-winning director Daniel Sullivan returns to Shakespeare in the Park with this rarely produced play. Both warriors and lovers play hard to get in the Bard's surprisingly modern epic set in ancient Greece.

In the seventh year of the Trojan War, Troilus, a young prince, pines for the affections of Cressida, a bright young woman who knows how to play it cool. Meanwhile, the heroes of the Iliad–Ajax, Ulysses, Achilles, and the kings they serve–debate whether to return their dangerously beautiful captive Helen or continue to fight without end. Nations and lovers alike do battle in this funny, piercing drama about romance and revenge in a world at war. Presented by the Public Theater for free outdoors in Central Park.

See it if you're a fan of Shakeaspeare. It's been modernized in some ways but still feels like the real deal to me. I suggest you buy a seat cushion.

Don't see it if You can't bear the heat for three hours. It takes a while to get to the good stuff but once you get there it was worth the wait.

See it if you're a fan of Shakespeare's and are trying to see all his works performed (this one isn't often seen on stage).

Don't see it if you haven't slept. Being Shakespeare, it's naturally dense material. I saw it while in a drowsy state and had difficulty following the plot.

See it if You want to see an excellent production of an underrated W.S. play. Terrific direction by Daniel Sullivan, great fight scenes & fine acting.

Don't see it if you're uncomfortable with scenes of warfare & blood.

See it if You enjoy outdoor theater that takes advantage of Central Park's great setting. You like well done modern takes on Shakespeare.

Don't see it if You don't like violence. There is a lot of fighting.

See it if You have had problems with this play in the past. You like tight, well acted, professional productions. You suffered through Taming...

Don't see it if You cant take the sweltering heat. You dont like loud sounds and faux warfare. Lots of semiautomatics.

See it if you don't mind sitting through a slow first act, enjoy great acting, want to see an awesome combat scene in the second act

Don't see it if you get bored easily, don't like Shakespeare, are not interested in seeing a Shakespeare play with modern dress

See it if you want to see a rarely performed Shakespeare play. Though I was confused about what was going on, the staging and acting was fantastic.

Don't see it if you don't enjoy Shakespeare's plays or like plays over 90 minutes long.

See it if How many times have U had an opportunity to see ANY production of TROILUS & CRESSIDA, nevermind a 1st rate showing of a 2nd-rate Shakespeare

Don't see it if MUST-SEE for Bard-o-philes and those willing to sit thru a young romance in order to witness one of the most violent battles ever staged!!

"The new Public Theater production of this relatively obscure Shakespeare play gets many things right, but its biggest triumph is to make us reconsider the reputation of a work derided for haphazard jumps from romantic declarations to military strategizing, from bawdy banter to moral questioning...A vivid, fleet-footed rendering by the director Daniel Sullivan and his adept cast, who weave the play’s disparate strands into a surprisingly effective whole."
Read more

"Daniel Sullivan’s marvelously intelligent and thoughtful modern-dress production of Shakespeare’s darkly comic problem play...Drenched in irony and whipping in tone from bawdy comedy to near-nihilistic tragedy, 'Troilus and Cressida' offers little by way of plot or sympathetic characters...But its language is richly rewarding, and its understanding of military and sexual politics, elucidated in Sullivan’s staging, feels trenchantly modern."
Read more

"What scholars call a 'problem' play...What’s a Shakespeare festival to do? First, hire the director Sullivan, an expert de-muddler, to offer the best case possible. Next, hire actors who, at a minimum, can make the verse flow clean. Then, put the director and cast together to develop characterizations that ring fresh and clear...Making these story lines, or parts of them, vibrate with tension is quite a victory, but doing so cannot win the war of 'Troilus and Cressida.' It is still a blur,"
Read more

"Sullivan, abetted by an excellent ensemble, does about as well as one can with this difficult play. He stages the complicated action with fast-paced vigor and clarity, and imbues the violent battle scenes with visceral intensity...The plotting is mind-numbingly intricate…That it registers as powerfully as it does is a testament to the fine performances...This is a 'Troilus and Cressida' in which the play is very much the thing, and that, ironically, is its chief weakness."
Read more

"Director Daniel Sullivan prudently races through the boring stuff to get to the second act, in which he sends two armies of handsome, able-bodied actors into homoerotic battle to fight the suddenly sexy Trojan War…Under Sullivan’s direction, the seven-year war never lets up. Even as scenes are being played on stage, soldiers roam the theater aisles and do battle just outside the non-existent walls of the stark industrial set."
Read more

"The play is choppy and long (running three hours). But Daniel Sullivan, who has directed many shows in the park, delivers a smart production that views the ancient conflict from a contemporary standpoint…The battle scenes are built up with fight choreography, weaponry and splattered blood…As Cressida, Ismenia Mendes draws a full character arc out of a problematic role."
Read more

"Sullivan’s modern dress production manages to smooth over the tonal shifts quite effectively, staging the romantic scenes with great fervor and the comedy as pointed satire...Directorial brilliance can only go so far without an able cast, and this one comprised of veterans and rookies is sublime...This is not an easy play, but given our own unsolvable problems echoing global conflicts today, there is much gold to be mined here."
Read more

"This vital production set in modern times is exactly what Shakespeare intended…This is Shakespeare at his most subversive and in a dynamite production like this, it is absolutely thrilling to behold…Thanks to specific and fleshy performances, we get to intimately understand each character's relationship to the conflict…By setting his production in this century, Sullivan draws a none-too-subtle parallel between the protracted conflict in 'The Illiad' and America's own seemingly endless wars."
Read more