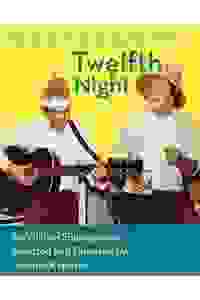 Part of the 2019 Corkscrew Festival, this adaptation of Shakespeare's classic comedy is set at a hootenanny in Vermont.

Célébrons ce beau jour… In this “hootenanny” Twelfth Night, Director Thomas Kapusta reimagines Shakespeare’s wistful play of festivity and loss via his French-Canadian heritage, transporting the ensemble comedy to a kitchen parlor in Hardwick, Vermont. This Twelfth Night invites its audience to join in fifty years of LeCours family music-making tradition, inspired by the American folk revival, their Québécois roots, and the joy derived from performing together for each other. When words fail, it’s music that lets us love in mourning, mourn while celebrating, and celebrate being in love.

See it if You want a fun, funny, clever version of Twelfth Night. Lots of energy and surprises.

Don't see it if You’ve got a stick up your butt when it comes to Shakespeare and only want to see it performed in boring classic styles. Read more

See it if you like fast, clear, smart, idiomatic tweakings of Shakespeare.

Don't see it if a loud production in a little tiny space might jangle you. Read more