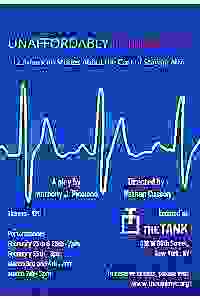 Inspired by true stories, this new work explores the tragedies and pain caused each year by the American health insurance industry More…

Written and produced by Anthony J. Piccione and directed by Nathan Cusson. Inspired by true stories about the tragedies and pain caused each year by the American health insurance industry, Unaffordably Unhealthy is an exploration of twelve very different people from different backgrounds and ailments across the United States, all with one common theme: They all have a good deal of knowledge and experience with how hard it is to obtain and afford health insurance, and how hard the obstacles are to get the care they need to treat their injury and illness. In short, they know the high and rising cost of what it takes to stay alive in America in 2020.

See it if If you want to see a play about our healthcare system and why it is unaffordable.

Don't see it if If you want a well written story, a good plot and good acting. Slow and boring.

See it if you'd like exposure to today's health crisis in a semi-entertaining way. It may expose you to some ways people have their lives destroyed.

Don't see it if you are up-to-date on the horrors of the health insurance industry as there is nothing new here and some lighting, movement is distracting.

See it if Around ten story experience with health care, from poor to middle class people.

Don't see it if You want looking for a story with a finish.

Also Docudramas work because they take years and careful curation to develop. None of that is apparent here.

The cast is not ready for primetime, not necessarily their fault, but they showed little experience and seemed underprepared.

When this type of production works there is little movement on stage. The stories "set" the stage and absorb the audience with little enhancement. Here the staging seems like it is compensating for a lack of research and a weak script.

Certainly a topic that could use an in depth exploration. But that is not on display here.

See it if you don’t experience media except as controlled by American conservatives, don’t know how USA healthcare/insurance operate, need lectures.

Don't see it if you know tragedy of USA healthcare/insurance, don’t care/need to hear narratives about ten true stories of that tragedy, prefer linear plot

Also Some, though not all, of the narratives are powerful and moving. Others are banal. Show would be more effective without the repetive nagging didactic speeches and fewer but more passionately acted stories.... Read more Read less

See it if As this play makes important points on the unacceptable condition of the US healthcare system. There were powerful personal stories told.

Don't see it if You do not like workshops. The staging and script needed work. Several actors needed more time with their roles.

See it if you want to hear some stories about how unaffordable healthcare is and don't know much about it.

Don't see it if you know something about healthcare in the US because you had to deal with the system before.

Also I liked hearing the stories but found some stories more convincing that the system is wrong than others (some of the prices seemed actually quite reasonable to me). I also thought the actors did a good job. What I did not like so much is that the stories somehow seemed repetitious after a while. Also, and more importantly, I did not like the movement of the "doctors" especially during the story of the 2nd patient (who needed a heart transplant). Her story was very convincing, the actress great, but I got constantly distracted by the movement in the background. I think this show has potential but isn't quite there, yet.... Read more Read less

See it if You want to see a work in progress. The stories are interesting and relevant. It is a reminder of how we can’t afford healthcare ml

Don't see it if Superfluous Movement and actions bother you. Didactic long with good intent but poor realization. I’m not sure of the goal of this play.

See it if You want to know how broken the US Healthcare System really is.

Don't see it if You prefer to see more upbeat and fun shows.

Also The show felt irrelevant to me because it didn’t add anything new to the conversation about how we may fix it. It felt more like a voyeuristic exercise in the suffering of others than theatre. But perhaps I speak from an overly knowledgeable point-of-view on this matter.

I’ve been aware of the terrible state of the US healthcare system much of my adult life, and got to know it intimately in a watershed graduate course I took titled “The Dynamics of the US Healthcare System” more than a decade ago.

What I know is that until we see healthcare as an essential right for every woman, child and man, we won’t make any progress from the current mess it is in at the present time. Pandemics such as the world is experiencing at present with the COVID-19 corona virus, demonstrate in the most painful of ways that granting access to healthcare to everyone equally, will help to address and possibly prevent the spread of dangerous infections.

See it if You know nothing about healthcare. And I mean literally nothing.

Also Best of intentions no doubt. But it just pissed me off a tad to spend time watching a show trying very hard to matter and be important that recycled healthcare horror stories we all know about. Wanted to give it a chance...... Read more Read less

Don't see it if ... you want an entertaining, happy show. You prefer your documentaries to present facts presented dispassionately.

Also I was looking forward to seeing this show, and I anticipated seeing some difficult-to-hear stories played out onstage. I did find the staging intriguing if sometimes distracting, and the concept of having most of the actors begin the show in white lab coats, removing them one by one as they became patients narrating their stories was effective. Credit cards were brandished and tapped percussively on the floor to great effect.

Unfortunately I found myself somewhat put off by most of the narrations of the cases; emotional stakes were high right from the start, and I felt as if the actors had been directed to "indicate" their worries and frustrations a bit too passionately. Rather than driving their points home, all that drama seemed to ensure that the audience would develop outrage fatigue.

The stories themselves, though, are important illustrations of a broken and corrupt healthcare system, though with emphasis on middle-class people, nothing about the homeless or profoundly poor.

See it if Are interested in seeing a play dealing with the healthcare system in the United States.

Don't see it if If you rather see a play with a more cheerful subject matter.

See it if A current hot topic discussed, dissected and weighed for an hour. Little ”theatre” more drumming down on healthcare.

Don't see it if Looking for high drama, entertaining theater this is not for you!

See it if you are "sick" and tired if this country's health system.

Don't see it if you are looking for something more than a lecture. There is little creativity here and it becomes repetitious after 30 minutes.

41 reviews
Get Alerts Alerts On Alerts Off
45
A relevant topic, but a didactic and tedious presentation, slow, disappointing
February 29th, 2020

See it if you know little or nothing about the current, dreadful state of the healthcare/health insurance industries in this country.

Don't see it if you hope to learn something new about our nightmare, health care/health insurance industries or are looking for lighter fare.

Also Sadly, I thought this ernest, well-intended show was mostly a waste of time and money. For heavens sake, unless you’ve been living under a rock, who in this country doesn’t already know how broken our healthcare/health insurance industries are?? That fact was the entire point of this show, but what it had to say added ZERO to the conversation. On top of which, the staging was uninspired and distracting and the acting was mostly only fair. Do yourself a favor and pass on this one.... Read more Read less

“Unaffordably Unhealthy” hasn't been reviewed by any Critics (yet!) 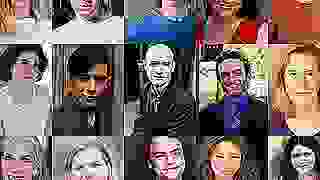 Meet The Cast And Production Team Of UNAFFORDABLY UNHEALTHY
BroadwayWorld 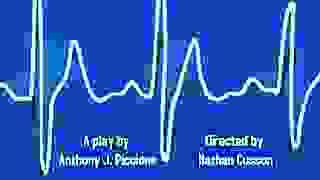 A Play that’s Good for Your Health

What's a show by Anthony J. Piccione doing here? Piccione, as you may know, is the lead writer at OuterStage, another 5Star Journal. But Showtones are about "the next generation." Piccione certainly fits that. His upcoming production does as well. The Theatre does. His cast does. This coming February, The Tank - one of the… 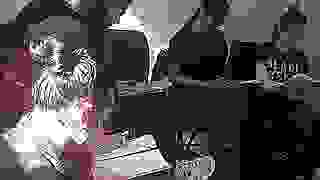 Directing for his health!

"As an artist, I would like to create work that outlives me and betters the lives of others," says Nathan Cusson, now taking the reins as director of the next Anthony J. Piccione play, Unaffordably Unhealthy, opening at the Tank later this month. Cusson, no stranger to Piccione's plays, appears in the open-end run of… 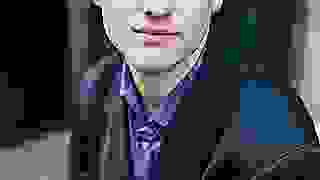 Anthony J. Piccione: His Pen is Mighty Like A Sword

I’ve known him several years now, having met when he was producing a pleasant musical for young people at the Midtown International Theatre Festival. Entitled An Energy Tale, his musical sounded… 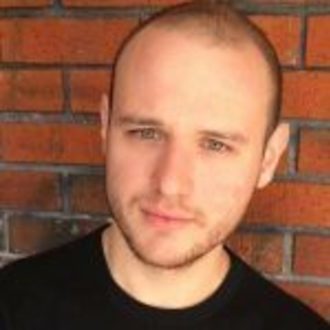 Anthony J. Piccione
Playwright
Get Alerts Alerts On Alerts Off 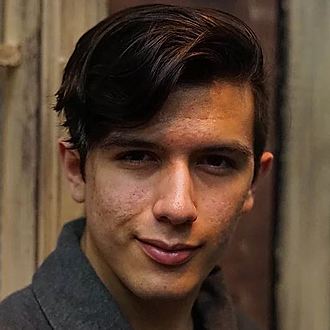 Nathan Cusson
Director
Get Alerts Alerts On Alerts Off