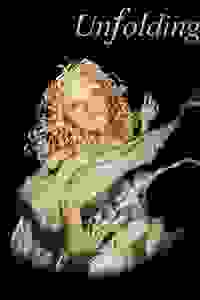 This puppet theatre production offers a contemporary fairytale that magically transports the audience through space and time, capturing the journey of a woman as she navigates a life of self-discovery. More…

"Unfolding" weaves together nostalgic youth and covetable wisdom to explore themes of female wisdom and empowerment, using moving performance and puppetry, shadow imagery, unique design, exquisitely hand-crafted puppets, and poignant original live music. The show has been performed at international festivals and venues in the USA, Bulgaria, and Turkey.

See it if you’d like to see a lovely extension of the European tradition of puppetry, a blending with aspects of Eastern puppetry.

Don't see it if a puppet show, even a lovely one, would bore you.

Also “UNFOLDING” is an ecumenical puppet show, blending several modes (marionettes, shadow puppets, projections), borrowing for its blond Euro puppets the Eastern practice of unhidden, attendant puppeteers, all on a set that moves like a living, breathing Origami sculpture. It’s a consistent delight for the eye, even when a little thin in content. Though in league with the European fairy tale, it never gets nearly as dark. A segment that features the most magical childbirth since the New Testament remains unshadowed, & a trip to the underworld raises nary a shiver. The plot follows the life of a young girl who would fly, &, when she can disburden herself of expectations, does fly. Its message, given the tradition, is refreshingly feminist. I look forward to the company’s future work, & hope it engages meatier material & delves a little deeper into the richness of the puppet tradition, a nexus of confused identification & projection that every child knows, & every adult theater-goer as well.... Read more Read less

Don't see it if you require a lot of action - this is a leisurely paced story of a girl to adulthood and old age where you must pay attention to understand.

See it if you want to see a cool, homespun puppet show. No dialogue. The whole stage & whole body used. Fluid puppeteering, a variety of images.

Don't see it if not into visual/material aspects. Story's rather twee (but didn’t go as I expected) so you must be into in the handiwork, fairyscape.

Also Very much a storybook come to life. Anchored by its handcraftsmanship but committed to the sentimental, delicate, and idealized. There’s nothing butch about this. Reminds me of the art of Su Blackwell and book illustrations of Miss Clara.

Kid-friendly, but I think it’s really speaking to adults. There’s no dialogue, but there are fights/problems implied that aren’t acknowledged in standard children’s entertainment. Maybe they should be.

See it if you admire lyrically and artistically beautiful puppetry and music, minimal text re women’s emotionality, spirituality, and literary voice.

Don't see it if you do not enjoy puppetry as art and poetry or prefer large casts, elaborate costumes or sets, loud melody-less music, or hip hop/jazz dance

See it if You love puppetry and creative staging. Sweet and beautiful.

Don't see it if You like fast-paced shows with action-packed stories. This is lovely, but the story is rather thin.

See it if you would enjoy something very unusual--slow moving, inventive, romantic puppetry with great live music. It is enchanting and quite lovely.

Don't see it if you don't like puppets or can't handle a very slow paced and quiet show. It is rather "feminist" in theme so right-wing folks might object.

See it if You enjoy mystical stories, if you are ok with some self interpretation of puppetry & music & if you like innovative if minimalist staging

Also The story is a life cycle with some adventure, romance, responsibility, drudgery & troubled waters along the way. Truly exquisite puppets & very talented puppeteers, magical set, beautiful music but a bit too long & the dream like effect can lull you to sleep.... Read more Read less

See it if You like modern puppetry and/or explorations of what it means to be a woman using unusual storytelling.

Don't see it if You need a story with dialogue or traditionally told.

See it if The puppets are beautiful and the staging is top-notch. It's a modern (almost entirely dialog-free) fairy tale.

Don't see it if you do need to not be amazed

See it if you like puppetry and want to see something beautiful and unusual.

See it if You want to see a "different" kind of show. Excellent performers, moving story

Don't see it if You have no patience for an unusual art form, non speaking story

See it if If you are looking for a creative telling of a story of a woman's path to motherhood, post-partum depression, to renewal and story-telling.

Don't see it if You are looking for something to entertain young children. Although the youngsters seated near me sat still and reported they enjoyed it!

See it if you have patience can relax and go with the flow. The last 10 minutes bring it all together in an incredibly moving way.

Don't see it if you think it's going to be Warhorse. It's nothing like it andthat description is very misleading. Or if you have a short attention span.

See it if You want something sweet and meditative, imaginative artistically but not really creative at all in the plotting.

Don't see it if Puppets creep you out in any way (there's a *particularly* creepy one), you want an imaginative story, you need dialogue

See it if The puppets and scenery were very charming and innovative. People less narrative-focused than me will probably like it.

Don't see it if You like clarity of plot and are frustrated when you have no idea what is happening.

See it if you like puppets and dreamy, beautiful set design. Visually it was really beautiful and the 3 women did an amazing job with the puppets.

Don't see it if you need an exciting plot or fast-paced action. It was quite slow and a bit boring at times.

See it if you love puppetry, you enjoy a sweet story. If you are into interesting staging, you will love this. The scenery itself is so intricate.

Also The story, itself, wasn't really extra special, but the puppetry and the never-ending ways the stage and scenery were used were pretty amazing. The music was beautiful, as well.... Read more Read less

See it if You’re looking for an inspirational and imaginative night of theatre. This show is unlike anything in New York right now.

Don't see it if You need text to hold your focus. This piece is almost entirely non-verbal but it’s accompanied by stunning live music and visuals.

See it if PUPPETS AND STAGING AND MUSIC. Must see.

1 reviews
Get Alerts Alerts On Alerts Off
97
Delightful, Absorbing, Must see
March 30th, 2019

See it if You want to be surprised at what puppetry can do. Magical, engrossing, spectacular storytelling.

Don't see it if You're looking for the same old popular theater experience. This is something you haven't seen before, and will stay with you forever.

“An exquisite feast of puppetry storytelling with magic in every one of its crinkly folds...The show is a triumph in puppetry design...The use of light and shadow is also magnificent, adding breathtaking texture and depth to what can easily become a two-dimensional display...70 minutes of complex...
read more
Get Alerts Alerts On Alerts Off
Theater Reviews from my Seat
"Visually splendid story...So many details are rendered through this extraordinarily fine storytelling. This show has both a romantic sensibility and a playful wittiness. Recognizable moments provide happy laughs...Puppetry is alive and well all over New York City these days. 'Unfolding' is a joy...
read more
Get Alerts Alerts On Alerts Off 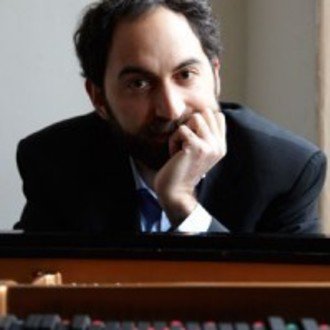 Amir Khosrowpour
Composer
Get Alerts Alerts On Alerts Off 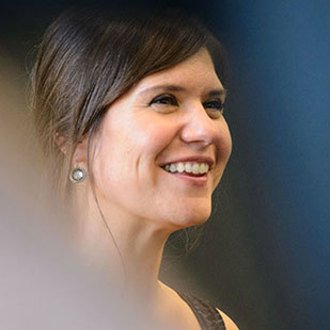 Margarita Blush
Writer / Director
Get Alerts Alerts On Alerts Off 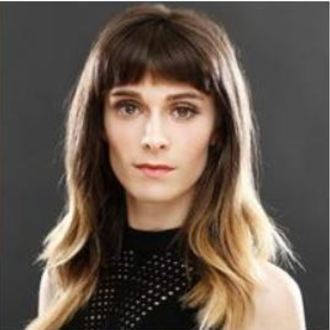 Emily Batsford
Moire/Mother
Get Alerts Alerts On Alerts Off 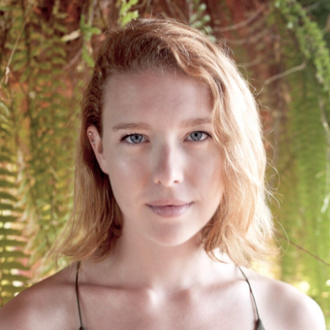 Monica Lerch
Moire/Child
Get Alerts Alerts On Alerts Off 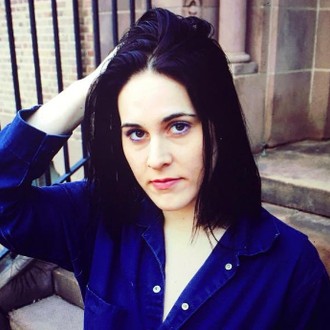