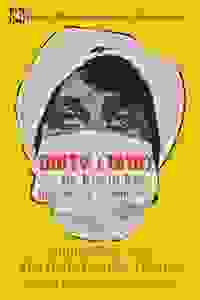 Project:Theatre presents the U.S. premiere of a historical horror story about Unity, a small town struggling to survive the plague in Post-WWI Europe.

In the fall of 1918, a world ravaged by World War I was blindsided by a mysteriously deadly plague. The "Spanish Flu" cut down everyone in its path, wiping out far more than had been killed in battle during the war. The small town of Unity is under quarantine and the borders are sealed. Even mail from overseas is burned. When the disease descends, despite the precautions, the town-folk of Unity have only each other to turn to. Part Gothic romance, part pandemic horror story, Kevin Kerr's UNITY (1918) is an epic chronicle of this remarkable chapter of human history.

Don't see it if You think bare-bones staging and props are amateurish, not clever, and if multiple plot lines leave you uncaring about characters' fates

See it if fear is an enemy while risk taking is our savior. thats whay theplay was showing

Don't see it if need excitement

"In 1918, a worldwide flu pandemic infected nearly a third of the world's population...Kevin Kerr's 'Unity (1918)', takes this catastrophic (and now largely forgotten) event as its inspiration. It's a fascinating look at biological disaster, filtered through an unfailingly polite (if somewhat sleepy) Canadian lens...Director KJ Sanchez stages the story with a touch that is both light and earthy. Scenes bleed into one another, but the time and place are never in question."
Read more

"'Unity (1918)' is an unusual play, the winner of Canada’s Governor General’s Award that is given for literary works of distinction. It is a collage of life in the isolated world of the prairie, where an ingrained sense of fatalism does not prevent people from secretly dreaming of escape to a better life. The strong cast of mostly experienced Equity actors, along with KJ Sanchez’s imaginative direction, make for a worthy evening of theater about unconventional characters finding themselves in a world run amok."
Read more

"It demands acting and direction that can make ethereal figures solid and bring disparate parts into a coherent whole. Unfortunately, although Project: Theater is a young and promising company, it is not quite up to such a difficult assignment. The actors seem to be wandering through the play, unsure of what it is about or who their characters are. Sanchez has imbued the production with interesting atmospheric effects. But this is not enough to make one not wish that, the end is near."
Read more

"The minimal designs and immersive feeling of such an intimate space are only enhanced by the direction of KJ Sanchez: Everything here overlaps -- dialogue, staging, and the recycled use of minimal props and costumes, reinforcing the hard times of war and the simple lives of the country. With this dedicated and talented ensemble and this brazen script, Sanchez has guided this production to highlight the harsh realities of war, love, and loss."
Read more

"Project: Theater's production, directed by KJ Sanchez, is a smart, polished piece...The ensemble cast gives universally strong performances...'Unity (1918)' has a sense of preservation and historical veracity about it, an educational as well as an intriguing artistic experience. At times sentimental, darkly comic or just simply dark, this play certainly presents a story that is well worth hearing."
Read more