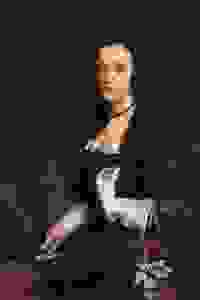 A comedy of honor, Ana Caro Mallén de Soto's play criticizes the social customs of her era, notably the position of women. The play is considered especially remarkable in its uncommon depiction of its heroine, Leonor. In defiance of popular tradition, Leonor doesn't require the aid of a man, and her happy ending is one of her own making. Performed in Spanish with English subtitles via Simultext® In-Seat Captioning System. By request for matinee performances.

See it if you are a native speaker. VAYM is a worthy play in a worthy production. Acting is impressive, staging creative, costumes fabulous. Fun plot.

Don't see it if you aren't fluent in Sp. Subtitles are awful w signif lag btw spoken line & text. Can't watch the stage nor keep up w lines. Too much lost!

See it if you are interested in classical European theater & would like to see an infrequently performed example of it.

Don't see it if you do not understand Spanish & have trouble negotiating subtitles from a small screen on the seat in front of you--or even further. Read more

"A quiet but uproarious wonder...Each actor shines in capturing the language and demeanor of this 'backwards' time to show that women were struggling but empowering themselves back then, as well...It feeds the many stigmas and tropes we have of women today, while simultaneously crushing them...Lopez assures Ana Caro’s masterpiece becomes a staple for how women’s empowerment is vitally derived from self-empowerment."
Read more