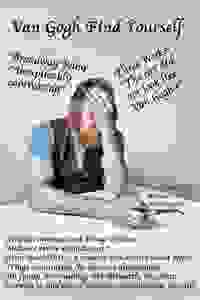 DeForest blends storytelling, theater, and live art creation in this engaging portrait of the artist. Think you know the truth? 'Van Gogh Find Yourself' please.

See it if you want to know more about Van Gogh and like to sketch with "no judgement" Very positive take on Van Gogh, art, tolerance, and depression.

Don't see it if You don't like one man shows. Don't have an hour fifteen to spare.

See it if you love small-theater experiences. The actor tells the story of Van Gogh in the first person, with energy and wit

Don't see it if you want a full theatrical experience with props and plot. The actor speaks and bartends while audience members draw each other and drink

Also This was the first time the actor decided to stand behind the bar and serve drinks while doing his monologue. Audience members sat at the bar or at bar tables. (You should get there early enough - say, 6:45 - to sit at the bar.) It seemed to work well enough, but judging from photos of past shows, I think having the bar between audience and actor dimmed the effect, making the show seem more like a play with an actor on a stage - which it really wasn't. If he's going that way for future shows, I think the lights should be dimmed a bit during the performance, with more light on the actor. With the "house lights" up, it felt a bit too much like a bartender telling a great story, rather than a theatrical experience. As a result, people sometimes forgot they were at a show and started their own conversations -- or loudly ate potato chips (you know who you are)... Read more Read less

See it if This is an immersive experience that touches your soul and embraces your heart.Was riveted for one straight hour. Please go and experince it

Don't see it if If you are looking for a full Broadway show this is not it. But it's better in a way. It's so personal.

See it if you like learning more about the artist

Don't see it if you mainly enjoy musicals

See it if you want to feel like you're spending time with a misunderstood artist who's returned from the past and if you're interested in art!

Don't see it if you're seeking a traditional solo show or something with bells and whistles. This is a unique, special, artsy, interactive experience.

See it if you enjoy one-person shows in an intimate venue, and that include chances for audience participation. Good for an unusual take on Van Gogh.

Don't see it if You have to like Van Gogh or the idea of being in an intimate setting with someone channeling a sensitive, artistic, genius.

See it if You'd enjoy an absorbing show about Van Gogh's life told by Van Gogh himself. I just wish it were longer than an hour.

Don't see it if You don't like one-man shows or don't have a clue who Van Gogh was. (Shame!)

See it if you like interactive, immersive, and intimate theatre and also love Van Gogh and his work.

Don't see it if you want music or a big budget production.

Also The man has created a WORLD. Imagine sitting in a room full of art supplies with Van Gogh as he recounts his life and occasionally sketches audience members. You're also free to doodle and make art as you listen/watch. It simply cannot be lovelier.... Read more Read less

See it if You're a fan of the arts, you enjoy a well-placed anachronism, and you like exploring how people think about their world.

Don't see it if You're looking for a conventionally structured play or aren't willing to give yourself over to believing you are in the room with Van Gogh.

See it if you want to learn history in a delicate and nice narrative.

Don't see it if you don't have patient for people writing and panting during the show.

See it if Watch DeForest do an excellent job inhabiting Vincent van Gogh. He is by turns dramatic, soulful, self-deprecating and an unabashed art snob

Don't see it if you don't want a fun, intimate one person show with the lightest audience involvement. Like some communal drawing.

Also I've seen Walter Michael DeForest perform this in Edinburgh and New York City and each time was different. He's done enough research to know what he's talking about, but it never becomes a lecture. Performance changes each time depending on the audience so it doesn't get stale. He believes in and understands his subject, and is a good enough actor to make him human and not a subject of awe.Walter talks to the audience without talking down. A thoroughly engaging hour of reminiscence and drama.... Read more Read less

See it if You'd like to experience a masterful performance in an extremely inviting venue. Interactive experience and great bar staff too.

Don't see it if You're a boring person who doesn't like a little flavor with your theater outings!

See it if if you are interested in art, and maybe the real back story of one of the world's greatest artists, told in a delightful way.

See it if See this show if you love art, sharing your creativity and immersion- it's a fascinating exploration of Van Gogh's life, so very well staged

Don't see it if don't see this show if you don't like art or drawing.

See it if We've all seen Van Gogh's work but who was he? DeForest gives an intimate "visit" with the man, himself, balancing the torment with humour.

Don't see it if Don't expect a completely scripted production as DeForest interacts spontaneously with his audience and each performance must be unique.

See it if This is a small personal show. I was so captivated and interested. Love my portrait painted by the artist. Learned so much about Van Gogh

Don't see it if Small show. Not a Broadway spectacular. You won't be sorry. This is a touching and engaging performance

“Van Gogh Find Yourself” hasn't been reviewed by any Critics (yet!) 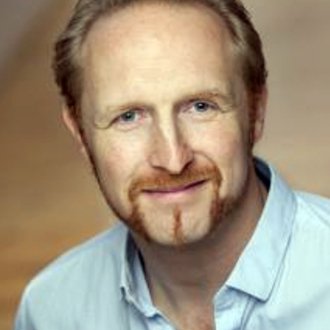 Walter DeForest
Writer / Performer
Get Alerts Alerts On Alerts Off