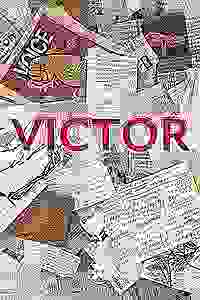 In VICTOR, Edgar Oliver unravels the details of his nearly twenty-year friendship with Victor Greco, a mentally ill homeless man. Stocky and handsome, Victor reminded Edgar of Popeye the Sailor and shortly after meeting, a mutual attraction of opposites began. Edgar was drawn to the frank masculinity of Victor while Victor was fascinated by the writer in Edgar. And yet, was their connection real? Was it love? Or was Edgar’s friendship with Victor, a man who would eventually die alone in the back of an abandoned van, an attempt to seek comfort in another New York ghost, one that Edgar always knew would let him be alone.

See it if A show worth seeing. Narrow is scope, very deep in plot. Story keeps your interest throughout the performance. Good story and good acting

Don't see it if Can be depressing not for everybody.

See it if you enjoy poetic stories with live music. The story is curious, profound, sad & amusing. The staging emphasizes the author's intentions.

Don't see it if pathos is not your thing. This is charming and simple but demands your emotional participation. Be sure to look at Victor's displayed notes!

See it if While Oliver's reconteur's skills are peerless, one's enjoyment depends on giving oneself over to them but love story for Victor is genuine

Don't see it if Again, Oliver often diverges from Victor's privations to encompass a larger picture requiring a certain surrender/patience but well worth it

See it if you’d like to experience a beautifully staged, focused tale about a quirky, longtime downtown New Yorker, partly told, partly enacted.

Don't see it if you do not like solo shows about an odd performer’s life; you are expecting stand-up comedy. Read more

See it if The invisible catches the eye of the observant, who is eager to relate his story with live music.Risk to tip to the maudlin, but it doesn't.

Don't see it if Solo performance. Odd lilting cadence can be a repetitive and sing-songy, but that could be the natural flow of poetic pairing with music

Don't see it if oddly affected mannerisms, unusual accenting and drawn out storytelling will distract you from the content Read more

See it if you are a fan of Edgar Oliver's unique, Poe-like story-telling. he makes the most ordinary, even mundane things noteworthy & profound

Don't see it if you don't care for 'downtown-style" one man shows; cannot relate to the emotional depth in what seems to be a superficial relationship Read more

See it if Edgar Oliver is an extraordinary story teller. His accent, his poetry. all is very engaging Give him a try.

CRITIC’S PICK "Love Among the Shadows in Edgar Oliver’s ‘Victor’: In this haunting memoir of his relationship with a homeless man, Mr. Oliver confirms his status as a poet laureate of New York’s dispossessed."
Read more

"The play captures emotions that many of us have felt, from unrequited love, to loss. Seldom are we allowed access to such a raw story and candidness. In a time where we shield each other from truths, this stark and unapologetic performance allows us to feel what Victor meant to Edgar."
Read more