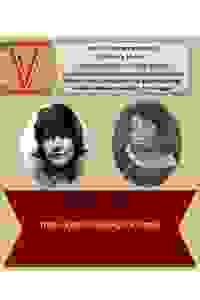 Susan Glaspell's 'Trifles,' directed by Aimee Todoroff - A ripped-from-the-headlines murder mystery is the inspiration for this play about a seemingly diabolical crime without a motive. While the investigators look for the usual clues, only their wives, Mrs. Hale and Mrs. Peters, are able to clearly see the course of events that led to a woman's desperate act.

'Exit: An Illusion' by Marita Bonner, directed by Tonya Pinkins - A lovers' quarrel? A nightmare? A dream? The only thing that is certain is that tomorrow is not promised. So live and love now.

'The People' by Susan Glaspell, directed by Aimee Todoroff - The radical newspaper 'The People,' run by the world-weary Edward Willis and his cynical assistant editor Oscar Tripp, is on the verge of shutting down. As the staff and loyal readers take comic swipes at why the paper is failing, a mysterious woman from out of town arrives with some much-needed inspiration, just in time to save the publication.

See it if Smart productions of 3 important plays by women playwrights of the early 20th C. I'd never seen Bonner's work before- a real surprise.

Don't see it if These plays have all aged a bit over the years in both content & style- socially-conscious works that hit timely racial & gender issues. Read more

"'Visionary Voices' brings together a perfectly quilted collection of one acts that will without doubt leave you riveted, even smitten, by all that a good performance can do...Collectively, these plays serve as three distinguishable yet perfectly paired parts of a single story, each with its own mood, tone and pace that never leave the audience a dull moment...Bravo to the directors who made these three plays come together in such a beautiful way."
Read more

"Through savvy direction and design, this hour of theater passes quickly and hits on some relevant topics...The true standouts for 'Trifles' have to be its two leads...Bonner’s play 'Exit: An Illusion' is decades ahead of its time...Of the three pieces, 'The People' sticks out as the most dated...Three plays combine to make 'Visionary Voices' a very ambitious, smartly designed evening of theater—a platform for the 20th-century female experience that rings true still today."
Read more

"'Visionary Voices' was ambitious in the sense that this was three different plays needing three different worlds...How Mingshuo made it work was extraordinary...Sure, it may not have been the cleanest in execution but it was visionary! American Bard Theater Company has provided an important night of art for two important voice in American literature. Celebrating these texts of the brilliant women is wonderful. 'Visionary Voices' just needed a little more polish."
Read more