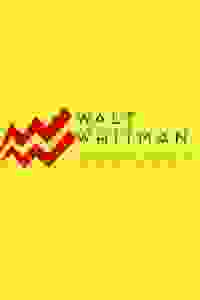 A play in the form of an audience participatory exercise class led by Walt Whitman, the esteemed poet and, now, the creator of a new fitness regimen for 21st-century Americans. Part of the Corkscrew Festival.

Loosely inspired by a series of self-help articles written by Whitman in 1858 and rediscovered in 2016, the play encourages audience members to follow Walt and his co-instructor Devin as they confront (or avoid) their own obstacles and insecurities.

As the class progresses through aerobics, boxing, Zumba, interval training, and meditation, Walt's gentle and inclusive leadership style gives way to something more unsettling, leaving Devin to wrestle with the philosophy behind the BodyJolt regimen, the legacy of Whitman in today's America, and the process of self-improvement in and of itself. Movers of all levels are welcome for this sweaty exploration of how we train to be better - as people, as citizens, and as a country.

See it if you are looking for an hour-long workout to a soundtrack (performed live!) of Whitman's poetry & philosophy.

Don't see it if you do not want to get up on your feet & exercise or watch others exercising: This is not a standard play! Read more

See it if you want to be part of the dancers of the show in a very original way.

Don't see it if you are not into experimental, immersive or different theatre proposals. Read more