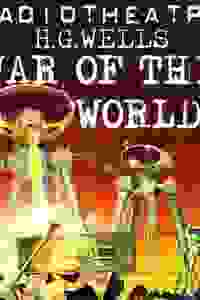 View in admin
War of the Worlds
NYC: Greenwich V
68
Score it Scored!

War of the Worlds NYC Reviews and Tickets

RadioTheatre and Theater At St.John's presents the science fiction classic by H.G.Wells in which New York is under attack by alien invaders bent on mankind's destruction.

A unique adaptation of one of the greatest and most influential science fiction tales of all time. In 1936, the Earth is suddenly attacked by powerful alien invaders. Their giant war machines first land on Long Island and move quickly toward NYC while destroying everything in their path. Through the eyes of our Narrator, as he searches desperately for his wife...we witness all kinds of utter destruction, human degradation, ignorance and defeat, while questioning religion and morality when it comes to personal survival.

See it if You like something different and unique

Don't see it if You don't like live readings

Don't see it if I plan to watch it again

See it if ...you love a great thriller! A timeless story, an excellent production!