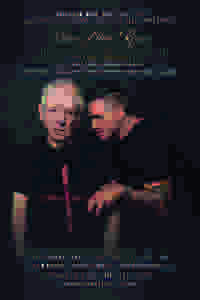 With the two texts combined, 'Wars of the Roses: Henry VI & Richard III' explores how Richard III evolved and the events that shaped his tyranny. In the text of 'Henry VI, Part 3,' Richard performs the role of a subjugated good brother while secretly behaving with bloodthirsty abandon. Killing Henry, Richard then declares himself severed from his family and brotherhood and stands alone in his quest for the crown. In the text of 'Richard III,' he is now the central character of the play stopping at nothing to become king, while keeping his subjects and rivals under his thumb.

See it if you love Shakespeare's history plays even when they're cut so close to the bone, they're much harder-than-usual to follow.

Don't see it if you dislike over-acting, missed lines, banal direction, and a cast more like high school than off-Broadway.

See it if you are looking to see how Shakespeare treats Richard II over the course of two of his plays. The acting is first rate throughout

Don't see it if you are not a fan of the History plays. This one is not full of the beautiful phrases you find in the other plays. Read more

"Compelling but patchy...The good news about the de-emphasis on production values is that the acting, much of it outstanding, comes to the fore...The overall sympathy-stirring, character-driven approach to the material generally works, but there are bits of plot that get lost in the poor-Richard arc...Whether or not you buy Pendleton's interpretation, it's thoughtfully constructed and performed."
Read more

“Frills are not the attraction in Ruth Stage's ‘Wars of the Roses’...Despite its length, the proceedings can seem a bit rushed, as the play quickly jumps to its major plot points. But there is some especially memorable scene work...A stirring highlight is the matchup between Richard and Leister’s commanding Queen Elizabeth...Though the production has the feel of a workshop...’Wars of the Roses’ can be enjoyed for its ambition and fine work by its ensemble.”
Read more

“This unusual mash-up takes two major risks -- one textual and one having to do with interpretation. Neither pays off... it's hard to escape the feeling of having walked in more than halfway through the story; sorting out the characters can be even more difficult than usual...These sweeping chronicles have been trimmed back to the point of being made into closet drama...In general, a listless production that never gains anything in the way of dramatic momentum."
Read more

"Here’s a three-hour production with intermission that, as it passes, feels like nothing less than three hours and perhaps several minutes more...While the cast members emote, the war(s) supposedly waged seem too often to be with the lines rather than with the English combatants...From time to time, however, an actor—perhaps coaxed by directors Pendleton and Peter Bloch, or perhaps emerging from individual instincts—lifts the general tedium."
Read more

“The spirit of Martin Scorsese looms over de Rogatis’ thrilling, slightly urban and gleefully neurotic portrayal of Richard III...Rogatis is perfection...Pendleton’s concept to adapt and combine portions of...’Henry VI, Part 3’ with ‘Richard III’ is intriguing and textually successful...Though not the most brilliant work of theater, ‘Wars of the Roses: Henry VI & Richard III’ is faithful to Shakespeare, has integrity, novelty and enough superior performances to make it an overall pleasurable event.”
Read more

“An epic but lackluster production...What should distinguish ‘Richard III’ from the colorful but plot-heavy ‘Henry VI’ plays is Richard himself...Here, there’s barely a discernible difference between de Rogatis’ Richard when he’s alone, confiding in the audience and when he’s deceiving anyone who stands in his way...The staging...often feels more like a series of acting class exercises than a production with a coherent vision."
Read more

"Austin Pendleton successfully combines two Shakespearean plays in 'Wars of the Roses: Henry VI & Richard III,' bringing the best of actor’s theater to the stage. With Austin Pendleton’s direction, the company is completely engaged in the moment. Each persistent beat finds its strength through conflict...The scene between Richard III and Queen Elizabeth, played by Matt de Rogatis and Johanna Leister, is particularly potent, and the tête-à-tête toward the end of the play is not to be missed."
Read more

“If...you are like me and can appreciate how the naked word can resonate with intense power...then you have come to the right show...If Shakespeare himself could see what Pendleton did with his original characters, he might have even asked himself: ‘How come I didn’t think of it?’ From a playwriting/directorial point of view, ‘War of the Roses’ is a winner; and for those who just want to enjoy a good thriller, this play will definitely keep them on the edge of their seat.”
Read more

“With ‘Wars of the Roses’, Pendleton and co-director Bloch have brought forth a strongly formulated experiment. One that works more on an intellectual and educational level than a fully formed production. It rarely excels beyond the feeling of a staged reading for actors to learn from and debate into the night. That’s not a bad thing, but don’t go in to the small studio theater expecting more than a workshop...In general, the telling of this tragic tale is solid and intellectually stimulating."
Read more

“A timely, relevant piece...Pendleton’s exquisite interweaving of the texts...creates an extended discussion between centuries...The conversational tone created by the cast allowed for easy absorption of the text...There were many interesting and talented performers...but there were a lot of mismatched energies and I didn’t feel that the personal relationships were believable...There was a sense of energetic flatlining...This production felt very low key, like an actor's showcase."
Read more

"Pendleton’s version is at times illuminating...Combining the two plays, though, has significant drawbacks...Lopping off the beginning of one self-contained play and the ending of another leaves the audience with the distinct feeling of arriving too late and leaving too early...The production does not offer a revelatory new perspective, but even at his most unadorned, 'Richard III' is a mesmerizing creation."
Read more

“It is unfortunate that this production is so underwhelming...One gets the sense that this cast...may be drawn partly from Pendleton’s students...A lack of physical life plagues the production, leaving little reason for characters to stand and listen to each other. Scenes that would be absurdist are uncomfortably absurd. A dismal absence of any sound design leaves no respite for the captive audience...The play’s relevance is thoroughly obvious, but it feels totally obsolete."
Read more