Axis Theatre presents a this new adaptation of the Henry James novel in a sparse, actor-focused staging. More…

Washington Square centers on Catherine Sloper, a wealthy young woman raised in a house of grief by a father bitterly dead to love. Surrounded by a society and family who perceive her as plain and soft spoken, Catherine remains steadfastly committed to her forward-thinking optimism. When Morris Townsend, a mysterious suitor, makes a bid for her heart, Catherine is torn between following her instincts or heeding the warnings of her cruel father and persistent aunt.

See it if Willfully dispositioned father and intervening aunt force an Impatient to decide on unsuitable suitor's proposal."He is the wrong category."

Don't see it if Bare set w/ 2 contemp upholstered chairs.Quizically, for reclining,must plotz on stage."Give him up, you look stupid/I'm brave, I can wait"

Also "He expressed himself with a great deal of accuracyYou have a subtle brain/The weak are easy prey"... Read more Read less

See it if You really enjoy stripped down versions of stories that are adapted from novels and earlier plays and films.

Don't see it if You need more than a one sentence plot to hold your attention. I found the dialogue very monotonous. The lead was miscast. She is far too

Also attractive to be believable as a plain Jane.

Don't see it if you are not interested in the sharply critical, punitive, self-protective "family values" of the Gilded Age in 19th Century NYC

Also I absolutely ADORED the Broadway version with Cherry Jones & the peerless movie with Olivia De Havilland so I am quite biased when it comes to this version of the story I know so well. Catherine is played as infantile & impulsive. I did love the great George Demas as Dr Sloper. Nothing to lose by checking this play out...... Read more Read less

See it if you want to see a fresh take on the Henry James novella, you like theater stripped down to the bare essentials

Don't see it if you prefer to be convinced by period sets , you want a comedy

See it if You don’t mind waiting through a very slow beginning for a perhaps rewarding finish.

See it if into a somewhat-quirky, minimal-set interpretation of a classic

Don't see it if you want your old style

Also This version of the story also known as The Heiress is efficient, at times enhanced by enthusiastic exaggerations, wonderfully directed and acted. You can't but admire what is achieved with this minimal approach.

One odd thing: despite the efficiency and the fast pace, some scenes felt slow. But on the whole, this is exquisite.

Don't see it if If you expect a lavish production. Four actors and two armchairs, on a bare small stage, are all you get here.

See it if You like adaptations of classic novels

Don't see it if You like musicals or upbeat comedies

Also The adaptation of this Henry James novel by the same name left me underwhelmed.

On writing: What playwright Randy Sharp chose to highlight and stage from the novel, felt all wrong. He explored and hinted at dark human emotions by fleeting, orphan statements. This inability to go deeper into the characters' inner lives, gave us 4 equally unlikable people for different reasons. It felt like a wasted effort.

Each of the characters had a conflicting agenda that lay under the surface, which the viewer could only guess at & was not shown in all their human frailties. A father who resents & shows contempt for his plain daughter for his beautiful wife's death from childbirth. A widowed creepy aunt who manipulates her niece into liking a gold digging young man. The daughter, manipulated equally by all three: the father, the aunt and the suitor.

On casting: the actress cast to play 'plain' unattractive Catherine is too beautiful to be believable in the role. Regardless of her frumpy dress.

See it if you are a fan of the book or the movie and/or the play The Hieress and just want to revisit it.

Don't see it if you are unfamiliar with this story and want know this terrific work.

See it if You don’t mind seeing a little play that takes place near Washington Sq.

Don't see it if You expect a big show and can overcome that the lead actress is way too pretty for the part of a plain unattractive woman.

See it if you want to see a wonderfully restrained, actor-focused adaptation of Henry James’s novel

Don't see it if you expect a lavish production

See it if You like well-costumed period pieces and don’t mind simplistic and repetitive plot line.

Don't see it if You want to see a well-paced show with complex plot or characters.

“Washington Square” hasn't been reviewed by any Critics (yet!)

Axis Company
Producer
Get Alerts Alerts On Alerts Off 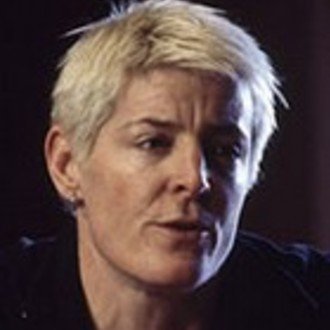 Randy Sharp
Writer / Director
Get Alerts Alerts On Alerts Off 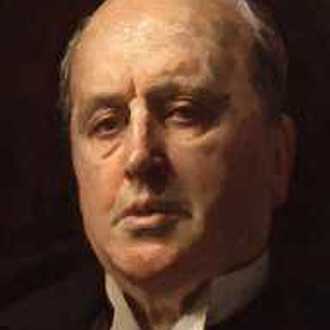