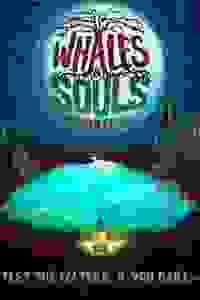 Part of FringeNYC: Pssssst. Did you hear the tale of the Creature from the Lake…? In this gritty, sensual fable for adults, a small conservative village is enticed by offers from an outsider, and everything begins to change. Test the waters, if you dare...

FROM THE ARTIST:
Whales & Souls delves into mankinds' effect on the environment. The leader of a small, rural village is enticed by a large monetary offer that could change the town forever. Meanwhile, an unusual creature emerges from the lake with an ominous warning for the villagers. Whales & Souls is a gritty, sensual fable for adults that examines the way we relate to the environment, ourselves, and each other. It was developed by Kramer under the terraNOVa Collective Groundbreakers Playwright's Group in New York City and features actor Chris Roe playing all 7 characters, and is directed by Matt Renskers.

See it if can appreciate storytelling raised to an art form

See it if you are ready to be transfixed by a masterful performance and design. Chris Roe absolutely kills it with seven distinct and specific voices.

Don't see it if You have no patience for a solo performance, even if it is elevated. The story was not pitch-perfect, but it was always propelled with force

See it if you love storytelling and want to see a really unique solo show with a masterful performance.

Don't see it if you don't like one actor playing multiple characters.

See it if You like mystical theater. Strong storytelling. Great design. Spooky stories.

Don't see it if You want a simple campfire tale. Its hard to follow the plot twists with so many characters. It also loses steam in the final third.

See it if You love shadow puppets and strong visual theater.

Don't see it if The story is important to you. The show loses a lot of narrative focus as it goes on.

See it if You enjoy masterful storytelling and appreciate why we as a species need stories to teach us about the world and ourselves. Magic.

Don't see it if You are basically Voldemort or Trump.

See it if you want to see how one actor transforms from one character to another so seamlessly.. sometimes even without words!

Don't see it if if you are expecting whales. move along, there are no whales here.

See it if you like beautifully performed, cleverly staged engrossing one-person shows with thought-provoking writing.

"This show is aesthetically stunning…The story of ‘Whales & Souls’ is undeniably complex, and the detailed writing which lends the play its fairy tale feeling often leads to some confusion...Roe manages to keep the audience with him throughout the entire piece…His performance is energetic and enchanting…In the end, 'Whales & Souls' might be stretching itself a bit thin for the format of a Fringe show, but it is still a beautiful and entertaining production with a fantastic actor at its helm."
Read more