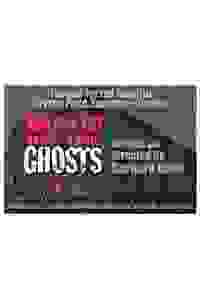 View in admin
Where Do All the Ghosts Go?
NYC: East Village
Score it Scored!

Where Do All the Ghosts Go? NYC Reviews and Tickets

A dark comedy about the effects of the demolition of a historic NYC building on the ghosts of significant people that have made it their post-life home.

Sarah Bernhardt, baptized Catholic, faced anti-Semitism in the 19th century for publicly acknowledging her Jewish heritage; Elizabeth Keckley, a former slave and companion of Mary Todd Lincoln, encountered racism and segregation during travels with the widow; Buffalo Bill, Indian fighter in his younger years, employed American Indians in his wild west shows and mourned the death of his great friend Chief Sitting Bull; Marcel Duchamp created a controversial genre of visual art using found objects; Alice Lansen, accused thief, was a self-proclaimed baroness.  Together, these ghosts who face homelessness must convince a young living lesbian couple that ghosts really exist in order to get help in finding a new eternal home.