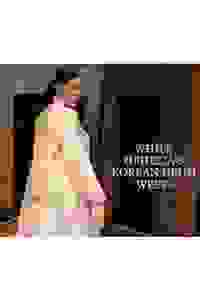 Part of FringeNYC: 400 years ago, Ophelia’s heart was stopped. When her Korean drum starts to weep, Ophelia’s heart begins pounding. Now as the curtain opens, Ophelia tells you about her love, loss and longing for her dear mother.

See it if you enjoy perspectives of minor characters in Shakespeare plays, multi-cultural adaptations, and engrossing acting.

Don't see it if you believe in following the original text closely, even in an adaptation.

See it if You appreciate Shakespearean adaptations - this one is particularly gorgeous. She is incredibly talented.

Don't see it if You don't like solo shows (but honestly, she is so good at storytelling, that you forget all the other characters aren't actually there).

"Choi gives a sympathetic and touching portrayal of our heroine, one that does not surrender to the well-worn choice of insanity...Choi is also a talented musician, although the drum doesn't seem as integral to the story as the title suggests. Still, the notion of an instrument that reverberates with the emotional trauma of its owner is a fascinating one that Choi could afford to explore even further in this worthy piece."
Read more

“What would otherwise be a solid narrative thread gets a bit tangled in the sticky part-where the fiction of Choi’s adaptation meets the 'fact' of Shakespeare’s original...Choi’s deep connection to the character allowed me to enjoy the scenes, but I couldn’t help wondering what the overall driving force was, and where the character was ultimately heading...My favorite part of the piece: watching Ophelia play her Korean drum."
Read more

“Choi is an engaging performer, yet the piece unfolds in a predictable manner without very many new insights into Ophelia’s character other than the expressive drum...We don’t really discover anything new about Ophelia, Hamlet or the happenings in Elsinore’s court. But Ji Young Choi is a compelling actress and the drum does indeed communicate both joy and sorrow, and for that reason ‘While Ophelia’s Korean Drum Weeps’ is a fairly interesting expression of Ophelia’s heartache.”
Read more

"I am deeply grateful that I had the honor of being present for Ji Young Choi’s gift...Choi–as the writer, performer, designer, dancer, drummer, director–is breathtaking. She has captured the watery essence of Ophelia with arresting fragility and startling heartache...The piece was underscored by an emotive soundtrack that created various layers of intense emotions, and she seamlessly integrated it into every inflection, gesture, and dance step...I wish this production were having a longer run."
Read more