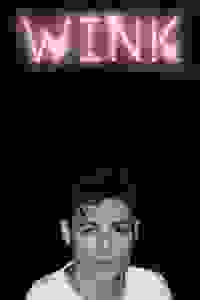 Theater for the New City presents the world premiere of this drama about the friendship between a homeless LGBTQ teen and a formerly famous actor adrift in Hollywood.

In 'Wink,' a homeless and traumatized gender-questioning teenager, and Dario Villanova, a former A-list actor doing B movies, are down on their luck in Los Angeles. Kindred spirits, they bond over music and a death in Dario’s extended family, and forge a heartfelt and unconventional relationship as surrogate father and child.

See it if You like supporting "first draft" works that are repetitive & slow moving (park bench, office, etc). You like 1950s "scene change" music.

Don't see it if You want a well-acted fast-paced drama; you hate many line flubs in shows. Flashing lights at end are painful to the eyes. 1 hour 45 min.

See it if Worthwhile LGBTQ drama but the script is barely credible in that the star falls for the homeless youth so fast. Joshua De Jesus is very good

Don't see it if Joshua De Jesus is a charismatic actor but is miscast as Wink who thinks he's non-gender-specific. But Josh's Wink is definitely a boy-man

See it if you are open to characters wrestling with gender identity issues. The acting and the writing are superb and involve audience members.

Don't see it if you are not interested in dealing with the topic of gender identify especially among homeless youth.

See it if you believe that love is love, have in interest in LGBTQ issues and are open to thinking outside the box.

Don't see it if you are homophobic or don't wished to be challenged by gender norms.

See it if You are really into LGBTQ themed theater, and don't mind seeing a play that needs more development and focus

Don't see it if Your looking for a fully developed play that consists of five well rounded characters, as this piece only has two.

See it if you enjoy really fine theater

Don't see it if you are overtly critical of new work or uncomfortable with transgender issues. Read more

See it if If you are into homless and gender Social issues ...Is Heartful

Don't see it if Not into social and gender issues

"A decidedly confusing theatrical experience, mitigated somewhat by touching performances...Maruzzo and De Jesus manage to breathe some life into their characters, transcending a story line that could easily fall into the realm of a mawkish TV movie...The audience is left to ponder what it is that the playwright and director Ron Beverly had in mind with this effort to mix a sincere and heartfelt story of an unconventional relationship with over-the-top, darkly cartoonish satire."
Read more

"While the characters and plot teem with potential, the pacing of the play, combined with minimal character development, stifles the storytelling. The world of the play is realistic and the narrative linear, but the conflict of the piece is more confusing than harrowing. However, the conversation had by characters within the play is one worth illuminating and continuing."
Read more

“A perplexing and deeply problematic play…The play’s insipid and exposition-heavy dialogue, which creates scenes that build to anti-climax after anti-climax, proved incredibly distracting. Four of the five performances are hidden behind constant gestures…The playwright relentlessly pushes his bigotry so far over the line that I began to shut down...There is one saving grace: De Jesus as Wink...His youthful honesty injects the play with the heartfelt truth the play desperately wants to project.”
Read more

"Thanks to the acting talents of Maruzzo and De Jesus, and the organic direction by Ron Beverly, the audience never questions for a minute that we are witnessing a pair of truly lost souls that found each other...As the fiercely independent youth at the center of it all, Joshua De Jesus is a revelation...The play is unafraid to explore the hard reality of LGBTQA homeless youth— yet it succeeds in incorporating many life-affirming, lighthearted moments of hope and humor throughout."
Read more

"This production threads between the sublime and cliche too often to reach the levels it could...Wink is an amazing character, one of the most poignant ones I’ve seen this year. But this modern feel, this urgency is contrasted by the stylization of the play itself, which feels outdated...There’s no sense of innovation beyond the character. It’s like they knew the character was good enough to hold our attention, so they didn’t try to create a meaningful theatrical experience."
Read more