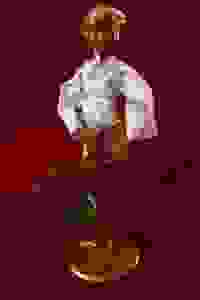 A dance-theatre piece about a man of many trades and just as many enemies.

Introducing Jerry Wolfert of North Hollywood, California: Film maker, Small Business Owner, Self-Published Novelist, Restauranteur, Racketeer, Religious Prodigy turned Occult Practitioner, and purveyor of Lambrusco Dom Biance Sparkling Red Wine (“The Moonshine of Napa!”) — A panoply of contradictions. But before all that he was just another Hollywood nobody with delusions of grandeur. In this original dance-theatre piece On The Rock's presents Jerry Wolfert's first New Year's Eve in Tinseltown, 1968 — an equally glamorous, shameful and formative night in the life of the most hated man in the San Fernando Valley!