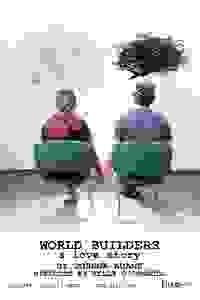 In 'World Builders,' Whitney and Max live deep within their own imagined realities—one expansive and fanciful, the other dark and brutal. To break free of these visions and become functional members of society, they embark upon a clinical drug trial that might erase these worlds forever. But are they truly able to leave their fantasies behind? In a medicated age when our imaginations are colonized by mass media, how do we know when happiness and love are real?

See it if You want to hear some good ideas and possibilities played out but not taken to a logical or believable ending.

Don't see it if You want a fully functional play. I liked the ideas of this one...the possibilities of what it could have been but not at all what it was.

See it if If you're interested in how human minds work. The play studies the evolving connections between between two people who have never connected

Don't see it if mental illness disturbs you. The form it takes here is imaginative not creepy. The actors are marvelous.

See it if you want to see two great acting performances

Don't see it if you don't like drawn out plays with unnecessary dialogue.

Also When I read the description of this play, I was very excited to see it. It's definitely my kind of play. The characters were great and so was the acting. This play was an hour and a half but it should've been no longer than 45 minutes.... Read more Read less

See it if your idea of a fun night is living with two participants of a drug trial for a long 100 minutes. Intense writing. Needs editing.

Don't see it if you don't want to get into the heads of two mentally ill very human beings or you want a more enjoyable evening.

See it if you'd like to see and support a well-executed two-hander about two lost characters who find each other.

Don't see it if you don't like small shows; the topic of mental illness doesn't interest you.

Also I loved the set design, which reminded me of a sandbox in which the characters could "play." I also loved the pre-show and transition music. Strong acting. The last part of the play could have used some internal trims. All in all, a satisfying evening. I will think about the themes for awhile.... Read more Read less

See it if you're intrigued by mental disorder & psychology theme and be treated to fine intense acting that will drive you to deep empathy & sympathy.

Don't see it if you get impatient with plays with just long dialogues w/o anything else much to entertain your senses but your own imagination and feelings.

Also very promising theme- and kudos to the 2 thespians. The play was fine, but it felt longer than necessary, maybe because there was nothing else going on but the dialogue. If there were maybe some background visual & sound effects to supplement the narration of their alternative worlds, that could be an added sensory treat to keep us "amused" to the otherwise long dialogues that have gradually become tedious.... Read more Read less

Don't see it if You do not want to see a show with many positive attributes, but becomes so detailed it is tedious.

Also I wanted to like this play, as I saw a previous reading of it. The acting is excellent, as is much of the writing. Would that Adams had not provided so many very boring, repetitious details.... Read more Read less

Don't see it if get bored by details of fantasy land. I got lost in her descriptions. I mean who cares.???

See it if nice and enthusiastic acting, good premise - two schizoid personalities who are eagerly introspective while going treatment.

Don't see it if The script really needs a lot of cutting. Way more time is spent on the sci-fi "world" than it deserves and things become way too repetitive

See it if you want to see a new play elevated by the top notch acting, precise directing, and a unique love story dealing between mental health.

Don't see it if you are looking for a tight script. Writer needs to trust more and explain less. It should be a 60min play. Great potential though!

See it if You are inclined to question what is normal (in society, in the human mind...)

Don't see it if You don't like to learn about how the world looks from another person's perspective. Also, if mental illness scares you.

Don't see it if you get distracted easily, need more of a plot-driven play.

Also Great efforts, but feel the play could be strengthened with some tightening/editing.... Read more Read less

See it if fantasy worlds are your thing.

Don't see it if you get bored easily (it's all talk).

Also The actress is wonderful and quirky and you understand why the male character falls for her - but overall the piece could be about 30 minutes shorter.
This is a good company - well renowned - who do well produced plays. If you want great sets and costumes and good acting you can't fail with their work. I just didn't love the script.
... Read more Read less

See it if you like an ambitious two-hander. See it if you have or had a vivid imagination (as a child), which made you feel like an outsider.

Don't see it if If you don't have patience for a play that is not plot driven.

Also A strong writer needs a good first production with a smart director. This production is not the first and suffers from not having dramaturgical tightening. It could use some trimming! A lot of the talking points are repeated. This is a play all about ideas and there is a clear metaphor for the squashing of creativity, much like Adams' Gideon's Knot (a far superior play). The director did everyone a disservice by tacking on a pre-show, which was the same exact tone as the rest of the play, making the whole show one-note. That said, Adams clearly has a brilliant creative mind. The acting spans from serviceable to excellent. It's touching and tragic and has a satisfying if not thorough ending.... Read more Read less

See it if you want something intense, well acted, kind of nutty, a take on mental illness very much from the patient's perspective. Dark comedies.

Don't see it if you want an even production from beginning to end, you want something light, though there is LOTS of laugh out loud moments.

Also The last fourth to third of the script could have been cut and this would have been a solid piece. As it is the emotional revelations go on way too long and the actors end up crying and emoting a bit too much so that it got tedious. The play really made a strong and moving point and then kept going into extremely weird but unnecessary territory. Like I felt the third act/scene was the denouement, but it was the start of yet ANOTHER crescendo of drama. This play, however, is freaking hilarious and DARK at the same time, and I think it has so much potential if someone gives it a nice solid edit.... Read more Read less

See it if You like great acting and plays written with an edge and intensity.

Don't see it if you are looking for a comedy.

See it if you want to see great actors taking a script to the next level.

Don't see it if you don't enjoy extend real life dialogues by the minds of those society calls "crazy".

See it if You're ready to stick with a somewhat over-detailed and intermittently boring show that ultimately delivers and features terrific acting.

Don't see it if Schizoid characters annoy you and you're into something purely entertaining.

See it if want to see a humorous show with great acting, dialogue and staging.

Don't see it if you're not into show with lots of text.

See it if You've ever thought about imagination, mental health, love, culture, sacrifice ...

See it if You like seeing how mental illness is explored on stage and how medication alters our "truths." Quite a thought-provoking piece and novel.

Don't see it if If you just want a fluff piece or be merely entertained. This play requires getting inside (and out) of these character's minds.

Also Hats off to the actors for embracing a very wordy piece and still taking the audience along for the ride. And hats off to the theatre company for tackling such a sensitive topic and making it so relevant.... Read more Read less

Flux Theatre Ensemble
Producer
Get Alerts Alerts On Alerts Off 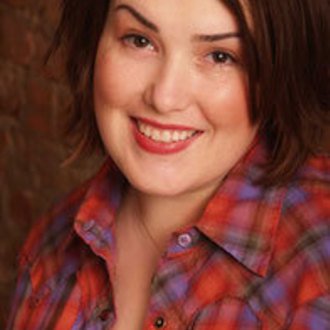 Johnna Adams
Playwright
Get Alerts Alerts On Alerts Off 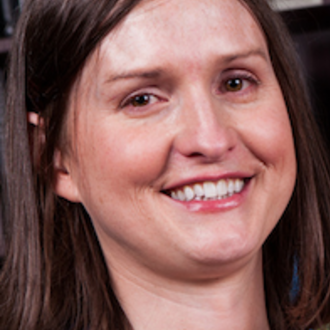 Kelly O’Donnell
Director
Get Alerts Alerts On Alerts Off 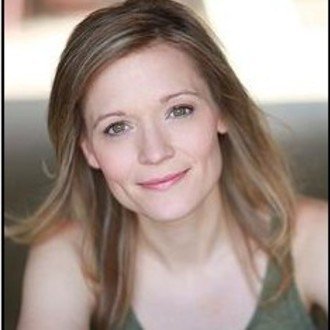 Alisha Spielmann
Whitney
Get Alerts Alerts On Alerts Off 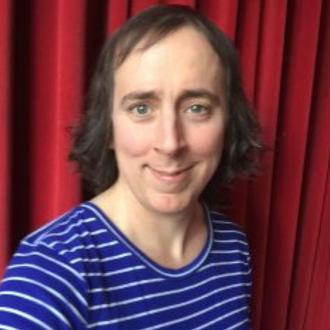 Gus Schulenburg
Max
Get Alerts Alerts On Alerts Off 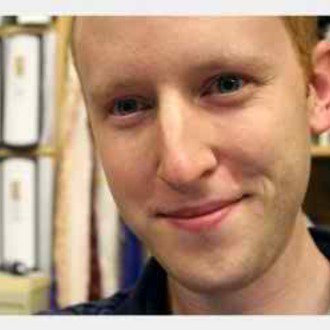 Will Lowry
Set Designer
Get Alerts Alerts On Alerts Off 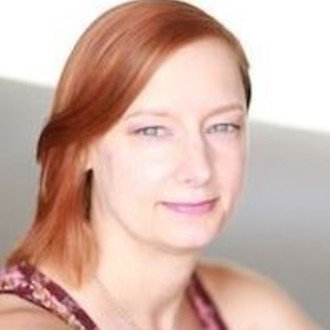 Kia Rogers
Lighting Designer
Get Alerts Alerts On Alerts Off