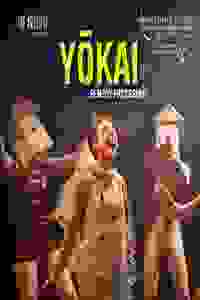 The Tank and international mask theater company The Krumple present this movement-heavy exploration of the "yōkai," a class of strange, mischievous, and sometimes malevolent apparitions from Japanese folklore. More…

In a desolate space stands a group of curious looking people. With miniature trees and paper seagulls in their pockets, they begin to recreate the world as they see it. A premeditated car accident, a ravenous cod, and a dreadful Christmas Eve are part of the chaos created by the yōkai. Combining dance, magic, poetry, and sheer stupidity, the Krumple tells a contemporary tale of our attempts to find hope in moments of despair.

Wish I Could See Them All
Syosset
50-64 | Male
671 reviews
Get Alerts Alerts On Alerts Off
85
Dizzying, Enchanting, Quirky, Imaginative, Surreal
September 20th, 2017

See it if A surreal experience, something like Blue Man Group on LSD. The Yokai spirits make chaos out of human endeavors. Great staging.

Don't see it if You don't have an open mind for some pretty weird stuff.

Don't see it if you know you’ll get bored without dialogue or song; you want a traditional playgoing experience w/ developed characters and a plot

Also Fringe but super polished. This company’s as comfortable together as a traveling European circus troupe—the performance is so well-rehearsed and nearly flawless. Yokai is sort of like a special effects spectacle except that all of the effects happen at the miniaturized scale of the human body; this means some crafty clowning, sleight of hand, acapella sound effects, and fanciful props to communicate rivalry, comradery, infatuation, and sorrow. The show doesn’t aim to overwhelm you with these emotions but it does impress with its ability to stir the imagination. Go if interested in how expressive the body can be without language.... Read more Read less

See it if You enjoy imaginative mixtures of clown, puppetry, and dance. You like daydreamy pieces.

Don't see it if You want clarity, meaningful text, or obvious narrative.

See it if you appreciate imaginative sets, props and costumes. You like productions that are more performance art than drama.

Don't see it if you're looking for a conventional linear plot and dialogue.

See it if You want to see mine at its best telling a beautiful and hilarious story. Staging was very creative and mesmerizing. Poetry in motionsync

Also I was surprised how much I loved this show. The actors were excellent. I enjoy seeing theatre like this where you can see how they live their craft. It is refreshing and romantic to see this story unfolds. Treat yourself to very refreshing theater... Read more Read less

See it if you like neat ways to stage stories, movement-based silent stories, the absurd

Don't see it if you're looking for storylines you can follow, you don't see the absurd or beautiful in the tragic

See it if you enjoy physical theater or have never experienced it. This is clever and beautiful. So well done!

Don't see it if you hate good art.

105 reviews
Get Alerts Alerts On Alerts Off
77
Enchanting, Delightful, Fantastical, Mostly visual (without words), Scenes & not a story
September 15th, 2017

See it if you're up for 1hr of short fairy tale-like scenes that are whimsical & playful, even when (laughable) tragedy strikes. You like clowning.

Don't see it if you want a clear plot or message, spoken dialog, or grown-up realism. Or if your inner child refuses to be tickled.

Also YOKAI's opening was so simple & so fantastic!! All hilarious wordless facial expressions, body language, & motions... they had the whole audience laughing! Loved it, hands-down my favorite part of the show.

The ending I also really enjoyed, when they visually referenced the tales we'd just seen. For me, it was an effective reminder that life's only constant is change & not to be afraid of that, even when things seem to have taken a turn for the worse.

The rest of the show was still fun, though not always as engaging and sometimes a bit slow for me. I would love to know how they picked the stories they acted out as some were a lot stronger than others.

Still, the cast was great and quite talented. I really enjoyed how they re-arranged and morphed the set during scene transitions.

It's worth the hour to see this show, and I can't wait to see what The Tank programs next now that they have not one, but two stages in their new space. So far, they're off to a great start!

See it if You want to see some expert, youthful Lecoq clowning with a drive to impress and joy in its heart.

Don't see it if You don't like work that is not text-based, or your not willing to overlook a lack of narrative cohesion.

See it if you seek fun, intelligence & often heartbreaking poignancy/Memories of your journey through life will come forth due to Krumple's artistry.

See it if You are looking for a super clever perfectly timed off Broadway show that will make you laugh and reflect. Well done!

Don't see it if You are looking for a large production show with a heafty price tag. You need heavy dialog. You aren't into eccentric themes/story telling

See it if you like gorgeous stage pictures, amazing physicality, and theatrical magic.

Don't see it if life has made you too cynical to enjoy any of those things.

Also It'll make you happy and sad and happy-sad and it's silliness is a perfect balm to this world of cynicism.... Read more Read less

See it if You need your spirits lifted. No ksnguage skills required

Don't see it if You didn't like Blue Man Group

See it if You are into original theatre like the blue man group or cirque de soleil but without the stunts... if you are good with nonverbal queues.

The Krumple
Producer
Get Alerts Alerts On Alerts Off

The Krumple
Playwright
Get Alerts Alerts On Alerts Off

The Krumple
Director
Get Alerts Alerts On Alerts Off 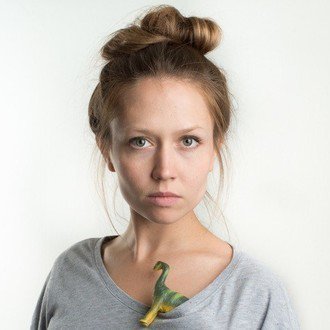 Oda Kirkebo Nyflott
Cast
Get Alerts Alerts On Alerts Off 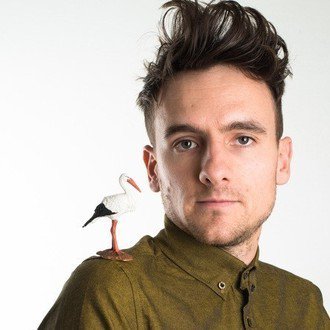 Vincent Vernerie
Cast
Get Alerts Alerts On Alerts Off 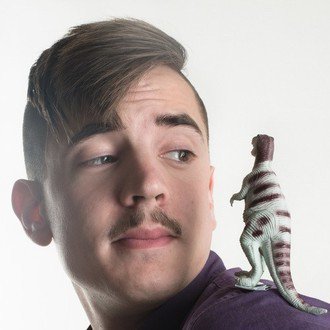 Jo Even Bjorke
Cast
Get Alerts Alerts On Alerts Off