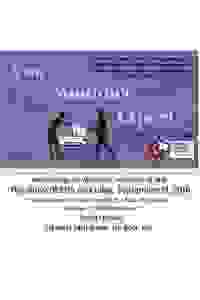 The play's action happens largely at the Eugenics Office (local government office for forced sterilization) where we see the cat-and-mouse workings of the two women who work there, the applied pressure of the eugenics practice on four African-American woman, and two scenes “in the field” at the squalid shack of a pedophile father angling to get his daughter “fixed” so that he won’t have to deal with outcome of his actions, the offspring.

See it if You enjoy plays with a historical framework. You like bare bones productions. You like plays that educate you.

Don't see it if You can’t tolerate screaming and some physical violence. You just want to sit back and be entertained. You don’t enjoy preachy plays.

See it if Depiction women being deceived and coerced into authorizing state governments to sterilize them or their daughters by eugenics societies.

Don't see it if You don’t want to hear about a shocking and shameful record of historical events.

See it if The subject matter carries this play which isn't well written. The saving grace is Erin Gilbreth who makes a great southern antagonist.

Don't see it if Sometimes, all you need is a great villain, aka Gilbreth, and the rest falls into place, or, in this case, the play appears to be watchable.

See it if you are interested in historical events that are still very contemporary and in thought provoking drama.

Don't see it if you are not interested in very disturbing American history.

See it if You want to learn more about a lesser-known chapter in our country's history.

Don't see it if You're offended easily by language/actions from an earlier time period.

See it if Well done!

See it if The play is important historically and relevant today. The acting is compelling and the plot leaves you with much to ponder.

Don't see it if You don't want to think.

"Smart and painful play...This intelligent and emotionally draining play sheds light on a dark treatment of people that's mostly hidden from history under sheets. The acting is very affecting particularly from the mother...The play is compelling in its direct depiction of the inhumane eugenics program sanctioned by legislation."
Read more

"When you see a role written for a disabled character, you get excited as that should provide an opportunity for an Actor with a Disability to work. But when this role is played by an able bodied actor (which happens all too often), as it is in this show, you become angry, even though that actor in that role is clearly talented...So while I love the script and the actors in the show, the production fails to be all that it could be."
Read more