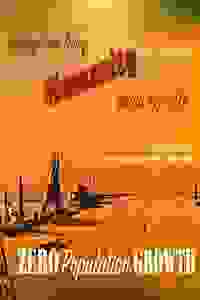 Part of FringeNYC: Fearful of the world around you? WE ARE TOO! Peer through the windows of five vignettes drawing a jagged line between sordid humor and the terrifying realism of modern existence. Greetings from Sunny Humanity! Watch your step!

FROM THE ARTIST:
ZERO POPULATION GROWTH studies the mindset of five different characters and the emotional rollercoaster that lies within, taking you on a journey of the best and worst of humanity on a vast American level. ZERO POPULATION GROWTH is a skewed slice of modern reality introducing the audience to a less-than-safe conglomerate amusement park, the inner monologue of a gun owner bent on personal freedom, a brazen self proclaimed gift to women everywhere, the tumultuous aftermath of an office shooter, and the plea for world preservation from a nerd. Mac Welch flawlessly gives each character a new life through the minimal use of set and costumes, his immersion into these personas move the viewer though laughter, anger, fear, shame, and hopefulness making the performance unforgettable and provoking.

See it if You enjoy one actor shows with minimal set that are edgy, irreverent, loud and fast paced

Don't see it if You are easily offended or bored without many characters and elaborate set or if you support the gun lobby, Donald Trump or Anthony Weiner

See it if you like one man shows. dystopian societal stories.

Don't see it if you don't like one man shows. you're easily offended.

See it if You like one man shows, you like using humor to tell a deeper story about the state of mankind. There's a glimmer of hope in each character!

Don't see it if You hate one man shows.

"Never before did I think facing all the worst parts of our society could be so fun…With no set and minimal props, Welch breathes real life into every character...Welch brings a powerhouse performance as he becomes five incredibly distinct people...Each character is immediately recognizable…Uproarious laughter is clearly the goal here (a goal often realized the night I saw the show.) Somehow, this commentary on life is both outrageous and thought-provoking."
Read more