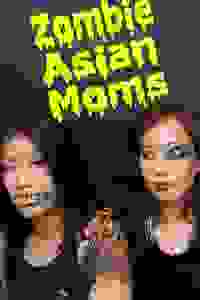 Tiger Moms! Embarrassing fanny pack moms! Warrior with a wok moms! Culled from oral history interviews with live Asian Moms, a combined 80 years of experience with undead brain waves from of our own Asian moms, and Asian moms in popular culture, this show is for everyone curious to find universal truths about crazy mom-dom.

See it if you want to enjoy a loving tribute to the two performers moms, delivered with lots of humor, slide photos, video, original music, good sound

Don't see it if you are offended by making light of ethnic parent-children relationships, are looking for scary zombies or a play - this is cabaret.

See it if a good cabaret act with significant points made about racism is something you can enjoy.

Don't see it if you only want to see a play.

See it if Cathartic very-on-point Asian Am experience lyrics, fun impersonations of her mother, and personal journey towards acceptance of our moms.

Don't see it if Experience of an Asian American/overbearing mom is too foreign/triggering. No zombies, just haunting spirits of departed moms.

Don't see it if You're going to be offended by Asian mom stereotypes.

See it if You’re ready for a good laugh

Don't see it if You’re looking for serious material

See it if you like talking songs, multimedia shows featuring sketches, some stand-up and comedy songs. Seemed to register with Asian women.

Don't see it if you want good singing. Jokes that work. to hear any interesting comments on identity beyond clichés. The show is very loose.

Also There maybe potential here but the show only works in moments for me but stand-up and sketches always needed editing. A show that is dealing with stereotypes needs to say some interesting things that make you think and not just virtue/identity signal this really doesn't seem to have any insight. Now I'll note I'm not the target audience and the target audience seemed to respond. They are building to a documentary and working through some ideas and you could see some good lines and maybe some ideas. Might work better there The music was good but I just didn't like the vocals and actively disliked them. I'm not used to hearing someone sound that bad so it became very tedious.... Read more Read less

Don't see it if you can't relate to Asian culture; you prefer a bigger show; you like comedians who are super funny

Also Bi-racial Kate Rigg grew up in Canada in a white neighborhood & uses this experience, partially, as a meditation on what it means to be raised as an Asian.

But her jokes (often predictable & corny) tend to stay on the surface. Kate has not found the depth of, for example, bi-racial comic Bill Posley, whose solo show "The Day I Became Black" has more substance and the insight that brings a viewer a new awareness.

Her show includes video footage of interviewees who were raised by an Asian "Tiger Mom." This piece is part of a larger project -- a documentary on the topic.

It was a sweetheart audience of mostly, yep, Asian Moms who know the comedienne from her TV appearances or stand-up routines.

I have many Asian friends -- but this show did not help me to better understand the Asian culture. Nothing was memorable, alas.

See it if you want a funny and touching mixture of character sketches, stand up, music, and video interviews.

Don't see it if you're looking for a conventional play or musical.

See it if you want to see a comedic, musical variety show about growing up Asian in America featuring two talented performers.

Don't see it if you would rather see a play with a linear narrative; you do not like sketch comedy or songs with jokey lyrics.

See it if U want to laugh & have a good time, U are open minded about learning about growing up in other ethnic cultures via humor. U like fun parody.

Don't see it if U dislike comedy. U don’t care about other cultures except your own. U view Asian artists as unacceptable for mainstream & marginal.

Also If U don’t get the title, “Zombie Asian Moms” from the beginning when the leading lady made her haunting
foggy entrance where she chided her American borned daughter for not using
“ghost” to set the premise of the show~~contrast of tradition & culture & generation gap, then U will miss the whole point of the show which is to show that Asian~American kids may be nurtured differently but their immigrant parents only want the best for them. The Americanized kids desire freedom & have the same potential to dream & rebel like all kids. The love, laughter, emotions,sentiments, remembrance of beloved parents are similarly moving for all humans. In this comedy
saying so, the Asian American family experience is universal & can appeal to
any open minded audience that this original work is NOT marketed for just Asians but for the mainstream to start a healthy conversation about racism in
America.
Loved the fun set, wild parody, rock/rap meant to score rebellion (not perfect singing)& music!

See it if You would enjoy some great parody songs and music; Asian tiger mom stereotype humor; personal reflections on mother-daughter relationships

Don't see it if You’re looking for a polished show; there are some great parts (songs, personal reflections), and others that seem out of place (interviews)

Don't see it if Don’t have a sense of humor about Asian culture. Can get offensive at times.

See it if A work in progress...a perspective of Asian women on their mom’s attitudes towards adapting to the u.s.

Don't see it if You are not interested in raw material that needs development.

See it if If you like music, comedy, characters and poignancy

Don't see it if You want a play and not variety

See it if you value comedy and truth, feel a kinship having been raised by an overbearing mother (of any race) and can draw parallels to your life.

Don't see it if you are easily offended by straight speaking and occasional profanity, or don't like hardcore music.

Also The show could use a more clearly defined introduction. It feels like there is a discordant background of music and random vignettes of women talking before you're certain that the show has begun with the hostess, and where the show is taking you.

Once you feel the show has started, it's pretty great. A poignant memoir of a daughter saying goodbye to her mom and honoring her memory.

See it if you have an asian mom; the show was very relatable to how my childhood was, you enjoy violin and parody singing

Don't see it if you don't have a sense of humor, expect a large musical production

Also While it was a funny parody about the stereotypes of Asian culture, I appreciated how the creators of the show want to bring awareness to racism... Read more Read less

See it if you enjoy supporting an artist's process as she hones her work reflecting the relationship of asian-american women and their mothers.

Don't see it if you want a polished and thoroughly resolved evening's entertainment.

Also Kate and Lyris are terrific at what they do. This show is most endearing, funny, moving and entertaining when the work gets personal. Lyris pours her guts into her music, producing an edgy, kick-ass, at times ghostly soundtrack for Kate's witty stories and speak-song raps about asian mothers and their tiger-like control of their daughters. The show is a work in progress. It lacks cohesion, badly needs a director/designer to help the duo decide how best to contain and shape their material. (please bring the platform center stage--that's where the show lives) Currently it works best when it's most personal. While providing a visual background and context for the exploration, the video is distracting and draws us away from the core. When the work zooms in on the relationships between the duo and their own mothers I felt most engaged and moved. The heart is there, the work needs to go deeper and darker. I "felt" the "asian" and "moms," but I'd like to have experienced the "zombie" too.... Read more Read less

See it if you want to hear about growing up Asian and/or want to laugh about Asian parenting (as an Asian, some of the material was very familiar)

Don't see it if Asian stereotypes bother you

Also The violin playing was excellent!

I thought the tributes to their Moms was sweet, but some of the other video clips were not very impactful, perhaps they should try to get more powerful video clips..

See it if You enjoy small, intimate venues with a variety show format

See it if See it if you like musicals and comedy. If you have a Mom or memories of a Mom you can relate to this funny and poignant show.

Don't see it if Don't see if you don't like comedies about strong and funny Mothers.

See it if You are Asian or had a Jewish mother. A fond riff on a overbearing, imperfect but colorful mother. Remembrances through skit and song.

Don't see it if You don't t like violin music as accompaniment, or loud independent women.

See it if I was totally captivated by this show from the moment it started until it ended. Beautiful music, clever and edgy raps, songs and dance.

Don't see it if You can't handle a bit of coarse language or talk about racial issues or if you're easily offended.

Also This is a FUN and intelligent show. Kate Rigg is totally captivating. The music is beautiful, edgy and touching. I would definitely see it again.... Read more Read less

"Rigg never misses a beat when she switches back from herself to her mother. Hung produces wonders from her electric violin...The production would sharpen if a majority of the images felt better timed to the comedy...We’re in the age of 'Crazy Rich Asians' where Asians American artists are starti...
read more
Get Alerts Alerts On Alerts Off
Culture Catch
“Biting, heartfelt, and hilarious, ‘Zombie Asian Moms’ offers a marvelously enjoyable evening of experimental theater...Consistently funny and increasingly moving...’Zombie Asian Moms’ makes clear an appreciation of its eponymous parents without discounting the hurt that they sometimes cause(d) t...
read more
Get Alerts Alerts On Alerts Off 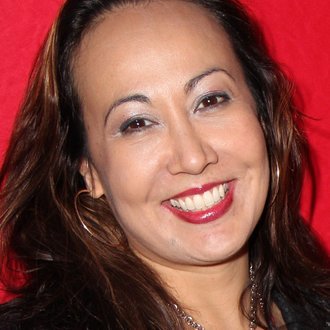 Kate Rigg
Playwright
Get Alerts Alerts On Alerts Off

Slanty Eyed Mama
Composer
Get Alerts Alerts On Alerts Off