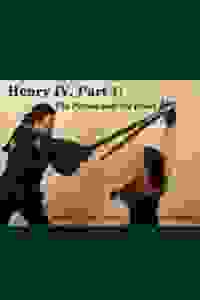 Closed 1h 30m View in admin
Henry IV, Part I: The Prince and the Rebel
Midtown W
Buy tickets from $0
Score it Scored!

Henry IV, Part I: The Prince and the Rebel NYC Reviews and Tickets

Hip to Hip presents a free outdoor mounting of Shakespeare’s classic coming-of-age story about one of history's most legendary kings.

Prince Hal is caught between two worlds. In the tavern, he carouses with a wild bunch, led by the scoundrel Falstaff, but at court, the King presses him to shoulder his responsibilities as heir to the throne. Meanwhile, the rebellious Hotspur threatens to destroy the kingdom. This streamlined version of 'Henry IV' plays in repertory with Hip to Hip's mounting of 'Measure for Measure.' Both shows are performed at public parks throughout Manhattan, Brooklyn, Queens, Staten Island, and the Bronx. Visit the official website for the complete schedule.