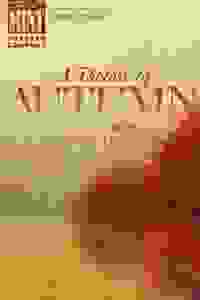 View in admin
A Picture Of Autumn
NYC: Virtual
78
Score it Scored!

A Picture Of Autumn NYC Reviews and Tickets

The Mint presents a recording of its production of N.C. Hunter’s neglected comedy.

A recording of the Mint's production of N.C. Hunter’s neglected comedy. The story of an aging, once prosperous family living in an aging, once grand manor in Wiltshire, England in 1951. It follows three aging members of the Denham family: the married Charles and Margaret Denham and Charles' older brother Harry, as they crawl through life in a monotonous rut.
Read more Show less

See it if Another wonderful and rarely seen play redone by mint Productions available to stream during the pandemic shut down. The acting and

Don't see it if Storyline kept my interest. Thank you again mint Productions for helping us get through the pandemic shutdown.

Don't see it if you disdain families-in-decline or stuck- in-their-old-ways. A longish piece, some wit and charm, but more slow than amusing. Read more

See it if You want to see a rarely done old piece, funny in a way it seemed that Vanya & Sonia & masha & Spike drew inspiration from it