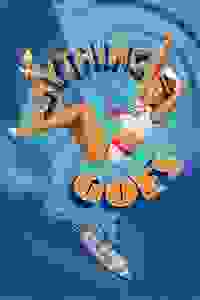 Anything Goes NYC Reviews and Tickets

'Anything Goes' is set aboard the ocean liner S. S. American, where nightclub singer/evangelist Reno Sweeney is en route from New York to England. Her pal Billy Crocker has stowed away to be near his love, Hope Harcourt, but the problem is Hope is engaged to the wealthy Lord Evelyn Oakleigh. Joining this love triangle on board the luxury liner are Public Enemy #13, Moonface Martin and his sidekick-in-crime Erma. With the help of some elaborate disguises, tap-dancing sailors and good old-fashioned blackmail, Reno and Martin join forces to help Billy in his quest to win Hope’s heart.

See it if wonderful production of the classic musical. Sutton Foster at her best. Great story, music, staging and acting. Must See.

Don't see it if You don't like musical comedies.

See it if you like a big musical. By big I mean that the staging and music and sets are spectacular. A must see, it s one of the best of all time.

Don't see it if If you do not like big staging productions. This big musical is absorbing.

See it if you like big musicals good choreography with all the fine music.

Don't see it if you want an up to date musical or you do not like ling shows.

Don't see it if If you want serious story, dislike singing and dancing.

See it if you like a wonderful filmed version of the show with a great performance by Sutton Foster. It was also a treat to see Robert Lindsay.

Don't see it if you don't like old fashioned musicals with no message but that just wants to be entertaining. Read more

See it if You love Cole Porter and a lot of tap dance numbers.

Don't see it if You can't stand dated musicals with big production numbers.

See it if Cole Porter and Sutton Foster! What more could you want in an entertainment?

Don't see it if The paper-thin plot is a bit ridiculous. Forget about that and just enjoy the production numbers.

See it if Entertaining production of Cole Porter's Anything Goes recently on great performances. Good choreography and singing voices.

Don't see it if This can be a little corny at times but made for light entertainment and wonderful performance by Sutton Foster and Robert Lindsay.