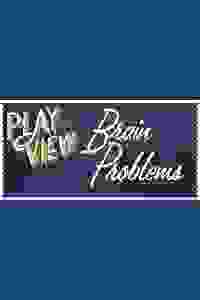 The story of a cynical man who copes with his life-threatening condition with his imagination.

Donnie is frustrated with his recent diagnosis of what he calls “brain problems.” In his case, this means an arteriovenous malformation (AVM) in his frontal lobe. The intertwining web of blood vessels have led to a myriad of complications, including short-term memory loss, occasional confusion, and the added threat of a potential aneurysm if he gets too excited. The way Donnie copes with all this leads to some comedic hijinks, including song and dance numbers.
Read more Show less