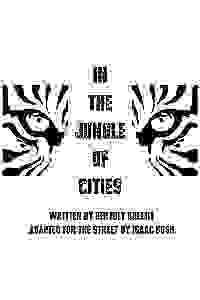 Closed View in admin
In the Jungle of Cities
Brooklyn
Buy tickets from $18
Score it Scored!

In the Jungle of Cities NYC Reviews and Tickets

IN THE JUNGLE OF CITIES, depicts the story of George, a poetic book clerk, who, when faced with a shifty lumber dealer, named Shlink, must defend his territory and family honor. Fraud, crime and prostitution play out in this immersive new adaptation. The story is that of a boxing match between two men who know nothing of life other than its trials and tribulations.