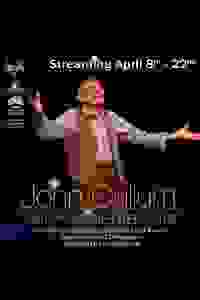 Vineyard presents an evening of story and songs of Broadway performed by John Cullum.

A recorded production that takes audiences behind the scenes with Broadway icon John Cullum. From his 1960 debut in "Camelot" and Tony Award-winning performances in "Shenandoah" and "On The Twentieth Century" John sings songs from the Golden Age of the American Musical and never-before-heard stories of working with friends Richard Burton, Elizabeth Taylor, Robert Goulet, Julie Andrews, and more. "An Accidental Star" is a rare opportunity to revisit the making of some of Broadway's greatest shows, and the unexpected encounters John had along the way.
Read more Show less

See it if you like John Cullum; you enjoy one-person retrospectives

See it if A lovely, nostalgic look back at a wonderful musical theater career. A must for fans of Broadway"s golden age

Don't see it if If you don't like one-person shows