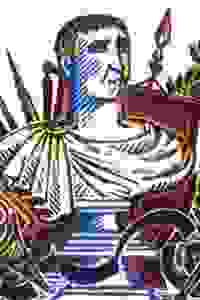 Hip to Hip presents a free outdoor production of Shakespeare's political thriller exploring the tension between private loyalties and the public good.

Caesar is determined to crown himself as Rome’s first emperor, but a few senators, led by the idealistic, intellectual Brutus and his manipulative, rebellious friend Cassius, are prepared to sacrifice everything to liberate their country. However, instead of being hailed as liberators, they are met with civil war. This streamlined version of the Bard's classic plays in repertory with Hip to Hip's mounting of 'As You Like It.' Both shows are performed at public parks throughout Manhattan, Brooklyn, Queens, and the Bronx. Check the official website for the complete schedule.

See it if great shakespeare presentation

See it if You like the story with a twist, of course!