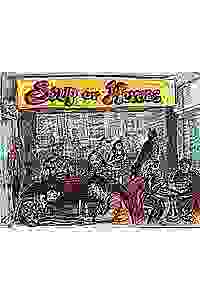 Soup or Heroes – by Joey Rotter directed by Hazen Cuyler: Two friends write the next big superhero film together. Will this hero have flight? Or super strength? Tights? Or a cape? Can they agree? Or will the forces of darkness drag them into mediocrity? "Soup Or Heroes" takes on the superhero genre and the giant cartoon sized bags of money that await anyone who gets the script writing formula just right. (PG-rated)