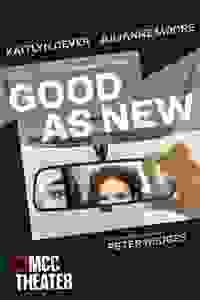 “Good as New” is a mother/daughter comedy starring Julianne Moore and Kaitlyn Dever.

In a play that was almost perfectly situated for an online setting, Julianne Moore and Kaitlyn Dever play mother and daughter in this generational comedy. First presented during the 1993-1994 MCC season, this short play was later expanded and presented as a full length work in 1997. All proceeds from this performance will go to benefit the MCC Be Our Light Campaign
Read more Show less