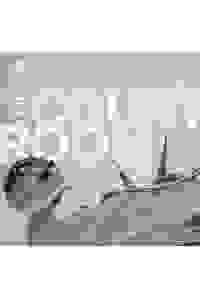 The Courtroom NYC Reviews and Tickets

In 2004, an immigrant from the Philippines who was married to a U.S. Citizen came to this country on a K3 Visa. After inadvertently registering to vote at the DMV in Chicago, receiving a voter registration card in the mail, and voting, her removal proceeding was set in motion. It began in Immigration Court and her case was eventually heard by the U.S. Court of Appeals for the 7th Circuit.

For more information including venues and showtimes, consult Waterwell's website.

See it if you'd like a real deportn/Homeld Sec case. You'll root for respondent! Actual transcripts used. USA oath is given; moving. A bit repetitive.

See it if You want to see an oddly intense and entertaining social studies class. Great actors bring what could be a dry transcript to life.

Don't see it if You have no interest in the law or legal proceedings or how this immigration case is so relevant to our society today. Read more

Don't see it if Interesting yet dry presentation until an appeal court presided by the incandescent Kathleen Chalfant & legal fireworks! Emotional ending

See it if You want to hear the dry reading of courtroom transcripts. Over simplified case that clearly was over reaction on the part of Homeland.

Don't see it if You want drama. Read more

See it if you like true stories. It was a reenactment of a real (deportation) court case.

Don't see it if actual events don't interest you.

See it if to learn more about civil vs crime courts, an educational and moving experience that is relevant to us all, concerned about immigration law

Don't see it if I don't see why you shouldn't see it, I guess if you are not interested in politics at all or have no desire to learn about immigration Read more

Don't see it if you want fiction

See it if you've ever wondered if theater does enough to make a difference in the world.

Don't see it if You need a fast-paced ride with spectacle. This is not that (which is part of what makes it so great).

"A verbatim performance of court transcripts...As the piece follows Elizabeth from one to another, what is most palpable is the suspense — how deeply invested the audience becomes in the future of this gentle woman...Elizabeth’s case begins during the George W. Bush administration and stretches into the Obama years, transcending party and thus more broadly implicating the nation."
Read more