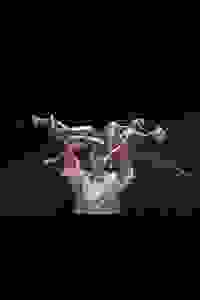 Exhibition featuring the work of Richard Termine and commemorating the vibrant puppetry community.

For the past 30+ years, Richard Termine has aimed his lens on the American Puppet Theatre. His work captures the magic of animated gesture, in multi-dimensional images. Over 100 images and objects in the show demonstrate the dynamic and diverse range of Puppet Theatre. The production is presented by the Jim Henson Foundation which was founded in 1982 by Muppets creator Jim Henson to support the art of puppetry in the United States. Cheryl Henson became the President of the Foundation in 1992.