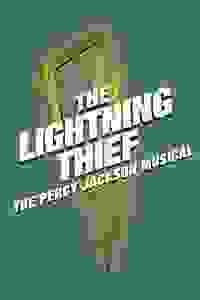 View in admin
The Lightning Thief—The Percy Jackson Musical (The Growing Stage)
NJ: Netcong
Buy tickets from $28 from the Box Office
Score it

A fantasy musical based on the popular book of the same name.

When teenager Percy Jackson discovers he’s a demigod, he and his friends set off on an epic quest to find Zeus’s missing lightning bolt and stop a war between the gods.